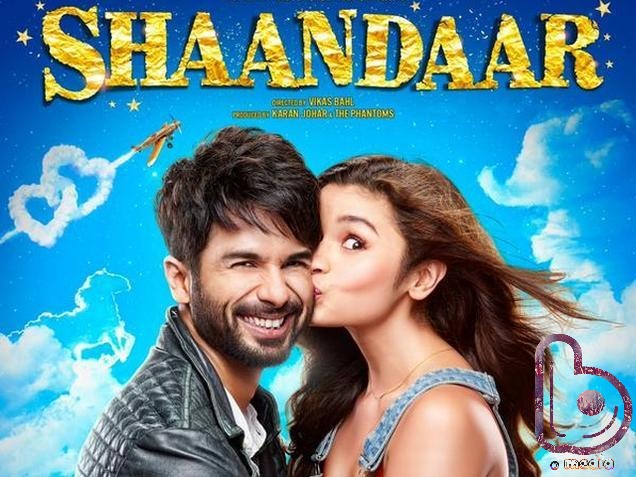 Shaandaar Music Review | Shaandaar is one of the top albums from Amit Trivedi. The songs will be in your playlist for months to come.

You have all seen the trailer of the movie, you have already heard two songs of the album and I’m sure you are impressed. The complete album of Shaandaar is out now with a total of five tracks, the music is composed by Amit Trivedi and here’s what we feel after listening to the songs-

Gulaabo has already topped our list of Top 10 Songs of the Week. The peppy track has become everyone’s favorite ever since the song was launched. Vishal Dadlani and Anusha Mani have done complete justice to the song.

Amit Trivedi took the charge himself for this song and the result is electrifying! Shaam Shaandaar is a high on energy number plus Shahid Kapoor‘s moves in the video totally tempt you to get on the floor. It’s a perfect party number!

Senti Wali Mental is clearly based out on a ‘Sangeet’ function styled as a face-off between men and women with a Qawwali feel to it. It is sung by Arijit Singh, Neeti Mohan, Swanand Kirkire and Amit Trivedi. The lyrics of the song are very quirky and gets your attention on the first listen itself, thanks to Amitabh Bhattacharya.

Shaandaar is a destination wedding film and when you have a wedding, alcohol flows! Voila Raitaa Phailgaya! The song is entertaining with the perfectly suitable voice of Divya Kumar. Amitabh Bhattacharya scores again with his funny words!

Our final verdict is a big-big thumbs-ups for the complete album. There’s not a lot of songs, just the perfect amount. And it’s ‘Shaandaar’ in its true sense!

Listen to the complete album here.