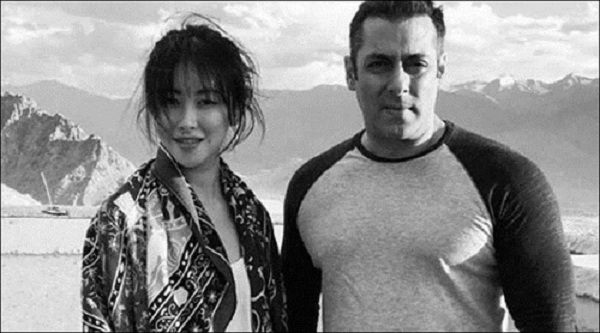 Salman Khan’s Tubelight Is In 200+ Crore Profit Before Release. The distribution rights have been sold in India And China for 200 Crore.

Salman Khan’s Tubelight is one of the biggest Bollywood movies of 2017. The expectations are huge from the movie as Salman Khan and Kabir Khan are collaborating for the third time after delivering huge blockbusters like Ek Tha Tiger and Bajrangi Bhaijaan. Salman Khan is having a dream run at the domestic box office as his last 10 movies have crossed 100 crores mark. In fact, his last three releases, Bajrangi Bhaijaan, Prem Ratan Payo and Sultan have collectively earned 1500+ crores worldwide.

Releasing on 23 Jun 2017, Tubelight is expected to set the box office on fire. It seems that the distributors are well aware of the potential of the film as they are investing in a lot of money. according to a report in DNA After Hrs, the distribution rights of Tubelight have been sold in India and China for a whopping amount of Rs 200 crore.

With music rights (20 crores), satellite rights (50+ crores, expected), overseas rights yet to be added, it seems that Tubelight will emerge as a money minting machine for the producers. Made on a budget of around 100 crores, Tubelight is in 200+ crore profit before release.

Tubelight is a drama film set in 1962 Indo-Sino war. Apart from Salman, the movie stars Sohail Khan and Chinese actress Zhu Zhu. Tubelight is expected to be the widest Bollywood releases with around 1000+ screens in China and 4500+ screens in India.