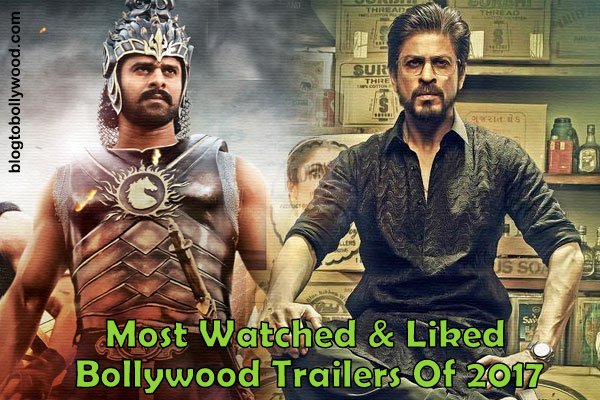 Most Watched, Liked Bollywood Trailers Of 2017: Raees, Bahubali 2, Kaabil & Raabta are the most watched trailers till 03 May 2017.

Talking about the other movie trailers of 2017, Badrinath Ki Dulhania and Half Girlfriend trailer has more likes compared to Kaabil trailer despite the views of the former being less. Taapsee Pannu starrer Naam Shabana trailer may have fewer views but it has best likes%.

Top 5 Most Watched Bollywood Trailers of 2017

Top 5 Most Liked Bollywood Trailers of 2017

Note: Last updated on 20 April 2017. The official trailer of Akshay Kumar’s Jolly LLB 2 is not available on Youtube, so we have not updated the data.

Read: Most watched Bollywood movies of 2016, Most Watched, Liked Trailers Of 2016