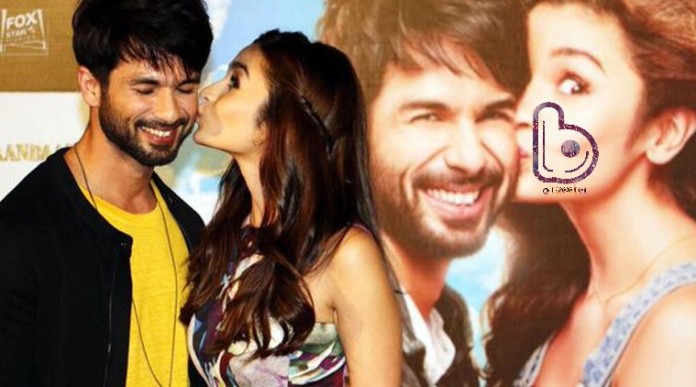 We know you all waiting desperately for Shaandaar to release, here’s 5 Reasons why we are excited about Shaandaar. Do you agree with us? It has been very clear in the last few days that the lead pair Shahid Kapoor and Alia Bhatt or rather ‘Shaalia’ have a great chemistry with each other. We have seen then doing crazy things together and they even look awesome together. So, basically they are the main reason we are so excited for Shaandaar. The director of ‘Queen’ Vikas Behl is directing Shaandaar. He did an amazing job with Queen and we are expecting no less from this new venture of his. Also he is experimenting with a new genre ‘Destination Wedding’ which has never been explored before in Bollywood. It’s gonna be good!

Shaandaar is the first ever destination wedding movie of India. This concept is quite common in Hollywood and is a hit formula. The basic storyline here is how the wedding planner (Shahid) falls in love with the bride’s sister (Alia). We are excited to see how this first of its kind experiment turns out. We all have heard and loved the songs of Shaandaar, composed by Amit Trivedi. Especially the party numbers Gulaabo and Shaam Shaandaar, which have been topping our list of Top 10 Songs of the Week. The album even has a romantic number Nazdeekiyaan, which is also quite good. To know more, read our music review of Shaandaar. The director Vikas says, “In my last film (Queen) the budget was less so we worked that ways. With Shaandaar I had Karan Johar so this time we spend more money on it”. If we got a gem like Queen in a low budget, just imagine what Shaandaar will be like! We already had a glimpse of the enticing sceneries in the trailer.

How badly are you waiting for the movie? And why? Comment below.