Ungli Trailer – The Ungli Gang Is Out To Stand Against Corruption

The much awaited trailer of the upcoming crime caper Ungli is out. It is slated to release on 28 November 2014.

The movie is directed by Rensil D-Silva (director of Kurbaan) and produced by Karan Johar, who is known for making romantic films. But, this time he is back with a unique concept. The film is presented under the banner of Dharma Productions.

The plot of the film revolves around five friends who form a gang called “Ungli” gang to fight against the increasing corruption in the country. They starts exposing the unjust in their own style.The members of this gang include Emraan Hashmi as Nikhil, Kangana Ranaut as Maya, Randeep Hooda as Abhay, Neil Bhoopalam as Goti and Angad Bedi as Kalim. Then, we also have Sanjay Dutt as Inspecter Kali who is the only hurdle for this gang to execute their plans effectively.

The problems handled by the Ungli Gang are bribes taking cops, auto rickshaw drivers who trouble passengers and many more which we can see in the trailer too. Well, the movie has youth appeal which we have seen in many films in the past.

The trailer is very intriguing and promises a lot with Emraan Hashmi looking rock solid as the leader of the gang. All the members of the gang are shown pointing out their middle finger against the corrupt system.

Give your verdict on Ungli Trailer.

Stay tuned and be filmy for more updates on Blog To Bollywood. 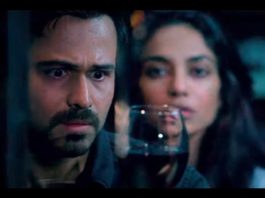