From Mardaani to Manikarnika, a look at best women-centric Bollywood movies that showed women empowerment.

Gone are the days when the movies use to depend on the Hero for it to be a Hit. With times evolved, audience prefers female-centric movies. The actresses of Bollywood have started a new trend of female-centric films which looks like is on the verge of trending.

On International Women’s Day 2020, have a look at the list of top 10 women-centric Bollywood movies recently released and loved by the audience.

1) Fashion: Madhur Bhandarkar’s reality-based bold film was hugely applauded. Priyanka Chopra, Kangana Ranaut and Mughda Godse were the lead actresses of the movie who portrayed the roles of struggling ramp models. They did complete justice to their roles. The film won National Award and was declared one of the most successful films of 2008.

2) 7 Khoon Maaf: Priyanka Chopra did another female-centric film with seven actors of Bollywood who played her husbands in the movie. Though Vishal Bharadwaj’s directorial movie failed at Box office, Priyanka was hugely appreciated for her intense role.

3.) No One Killed Jessica: The powerhouse of acting Rani Mukherji and Vidya Balan were fresh on-screen together. The film was the first hit of the year 2011. It was a political crime thriller and set the Box Office ringing with cash.

4) The Dirty Picture: Milan Luthria’s biggest hit of his career came with Vidya Balan starrer The Dirty Picture. Vidya portrayed the role of Southern actress Silk Smitha. Though the film also starred Naseeruddin Shah and Emraan Hashmi, Vidya overshadowed their role with her acting and seductiveness. Vidya won the Best Actress Award for the movie.

5) Kahaani: This is Vidya’s third female-centric movie and she did great with this one too. Kahaani solely rested on Vidya Balan’s shoulder. She impressed the audience with his superb acting. She again won the best actress award for this movie.

7) Queen: Kangana Ranaut’s second female-centric went on to become a blockbuster. Queen earned many rave reviews from the masses and the songs London Thumakda and O Gujariya were a huge hit.

8) Mardaani and Mardaani 2: RaniMukherjii made her comeback with Mardaani. She played a tough cop in the movie who fight against female child trafficking gang in the city. Rani delivered a power-packed performance in the film. She follows it up an equally good sequel in Mardaani 2.

9) Mary Kom: Starring Priyanka Chopra, Mary Kom is an Indian biographical drama on life and challenges faced by Mary Kom in her career. The film depicts her life journey while she won an Olympic bronze medal and won female world boxing Championship 5 times.

10) Neerja: Sonam Kapoor’s career-best performance to date. Neerja was a biopic on air hostess Neerja Bhanot was shot and killed while saving hundreds of passengers on board Pan Am Flight 73, which was hijacked by terrorists on 5 September 1986. The movie was a big hit at the Box Office.

11) Raazi: Alia Bhatt played an undercover agent in this spy thriller directed by Meghna Gulzar. She steals the show in a character which demands tough mental and acting strength. Raazi earned over Rs 194 crores (US$27 million) worldwide to emerge as one of the highest-grossing Indian films featuring a female protagonist.

12) Manikarnika: A biopic based on Jhansi Ki Rani Laxmibai features Kangana Ranaut in the lead role. No points to guess that she delivered a power-packed performance and carried the whole movie on her strong shoulders. 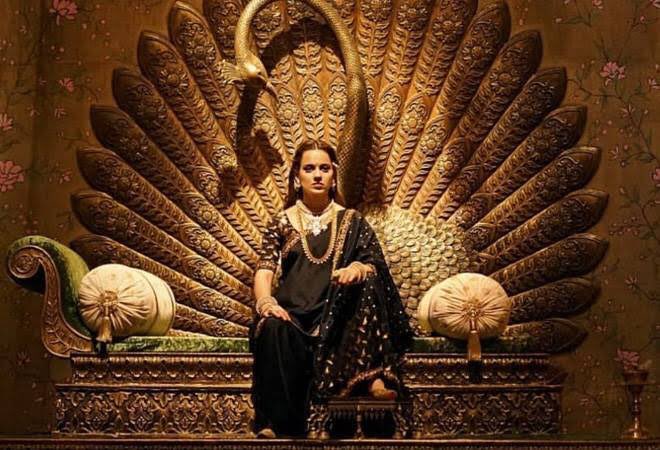 13) Chhappak: Meghna Gulzar’s Chhapaak is based on the story of acid attack survivor Laxmi Aggarwal. Deepika Padukone delivered a very good performance as Laxmi Aggarwal. The film was well-received by the critics.

Almost all of the above-mentioned women-centric films were decent hits at the Box Office. Moreover, these movies had power-packed performances by the leading ladies.