The most awaited movie of the year, Spider-Man: No Way Home finally makes it to the big screens on Dec 16, 2021. However, within a few hours of its theatrical release, the new Marvel movie becomes the latest victim of online piracy. Several movie piracy websites like Tamilrockers, Movierulz, Isaimini have leaked Spider-Man: No Way for free download. Not only in India, several global torrent sites and networks have also leaked the movie.

Looking at the copies leaked, it seems that most of them are genuine and shot in theatres. There are some copies that have comments that warn that the links are fraudulent and uploaded to as a web to load viruses and malware. Well, this illegal leak was always expected as Spider-Man: No Way Home is the most anticipated movie of the year and millions of fans across the world are looking to watch it from the comfort of home. However, Marvel Studio and Sony Pictures have no need to worry as most genuine copies leaked are of pathetic quality and are filled with advertisements. These copies are pretty much unwatchable.

Spider-Man: No Way Home is off to a terrific opening

Starring Tom Holland, Zendaya and Benedict Cumberbatch in lead roles, Spider-Man: No Way Home is the sequel to Spider-Man: Homecoming (2017) and Spider-Man: Far From Home (2019), and is the 27th movie in the MCU.

Released amidst a huge buzz, Spider-Man: No Way Home has been receiving positive reviews from critics. The fans have also praised the movie for its action sequences, performances of the lead actors and its emotional quotient. In fact, it is being touted as the best Spider-Man movie.

Spider-Man: No Way Home debuted in India a day prior to the US release date. Talking about the box office, it is off to a tremendous opening. As per early estimates, Spider-Man: No way Home collects Rs 35 crore on its opening day.

Piracy of any original content is a punishable crime under the copyright act. We strongly oppose piracy. We neither support nor promote any torrent/piracy website. Time and again we are reminding you that downloading/streaming movies from piracy websites may land you in big trouble. We strongly recommend you stay away from piracy sites. There is always an option of legal sites like Netflix, Amazon Prime Video to watch the movies. 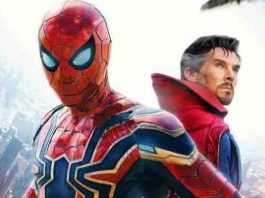 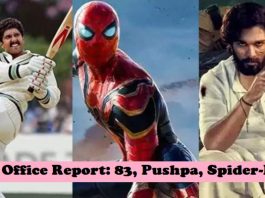 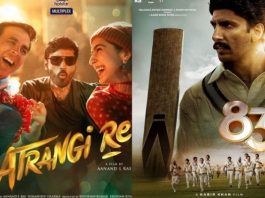 5 New Movies You Can Enjoy On This Christmas Holiday