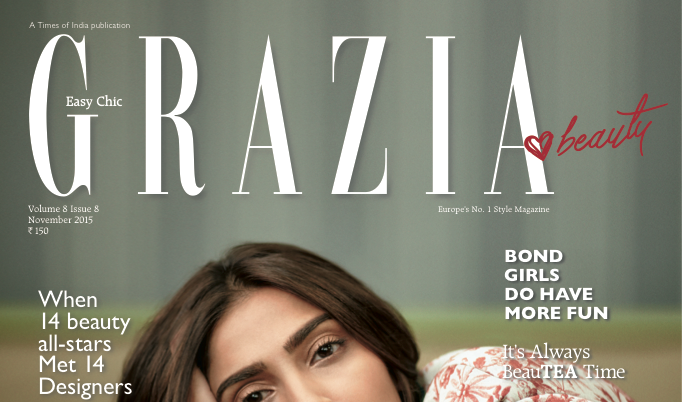 Sonam Kapoor has appeared on the cover of Grazia India for the magazine’s November issue!

Sonam Kapoor is wearing Gucci for the cover-

Donning @gucci for @grazia this November. Watch out for the big beauty issue!

What’s better than one Sonam Kapoor cover? Two, of course! She is wearing Gucci and ACCESSORIZE. Here’s the second cover- We are loving this simple and elegant avatar of Sonam. Aren’t you?