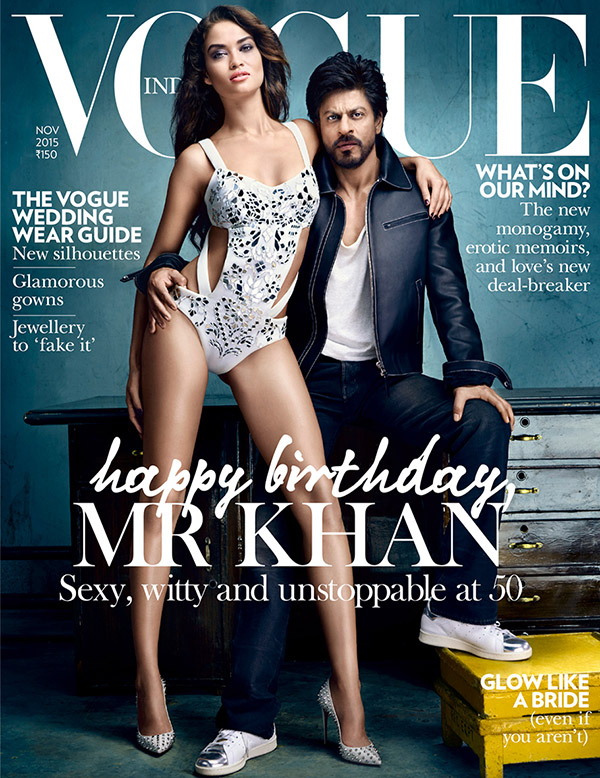 Shahrukh Khan will be celebrating his 50th birthday anniversary on 02 Nov 2015. As a special gift for his fans, the King Khan of Bollywood has posed for the November issue of Vogue India. SRK is featured on the cover of the magazine with Australian super -model Shanina Shaik on his side.

The cover of the magazine reads ‘Sexy, Witty and Unstoppable at 50’ and we totally agree with it. The magazine has also released the behind the scene video of the photo shoot which is equally hot. In the cover, SRK also shared some secrets on his life as a superstar, his ‘split personality’ and the attitude that comes with being a ‘F****** international movie star’.

On the work front, the superstar is all geared up for his next release Dilwale. Directed by Rohit Shetty, Dilwale marks the comeback of magical jodi of SRK-Kajol. Also starring, Varun Dhawan, Kriti Sanon and Varun Sharma Dilwale will hit the theaters on 18 Dec 2015.

What are your thoughts on this sexy cover of SRK? Share your opinion with us in the comments section.