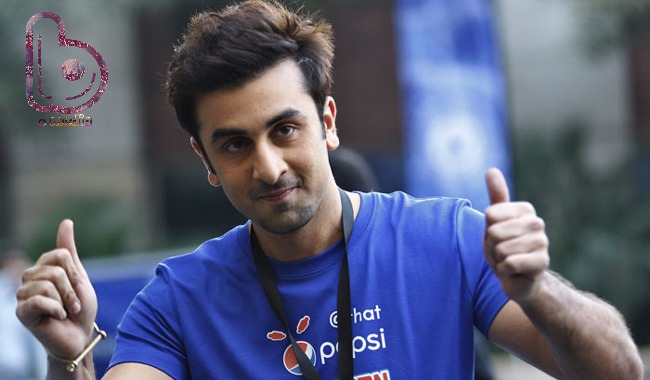 Ranbir Kapoor is celebrating his birthday in London where he is currently shooting Karan Johar’s Ae Dil Hai Mushkil. Karan Johar, being the sweet producer he is, got the most awesome cake for him to celebrate his birthday!

And guess what? His lady love Katrina Kaif also dropped in to wish him a happy birthday. What more could he ask for?

Ranbir Kapoor and Katrina Kaif have started shooting for their new films at the same time in Europe. While the Tamasha actor is in London for Ae Dil Hai Mushkil, Kat is shooting for Nitya Mehra’s Baar Baar Dekho opposite Sidharth Malhotra in Scotland.

Even Shahrukh Khan surprised Ranbir on his birthday!

Was a treat to watch Ranbir & Karan make their dream come alive. The kids loved it 2.Thx Aye Dil team hav a good one. pic.twitter.com/Ct5Sc2ZKsy

A very happy birthday to Ranbir Kapoor from Team Blogtobollywood!