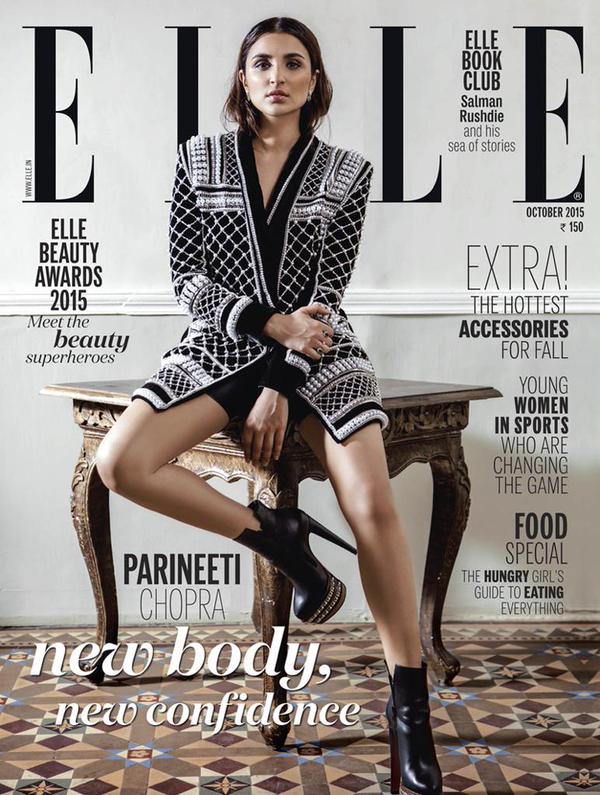 Parineeti Chopra, who was on a break after ‘Kill Dill’ is the new cover girl for Elle magazine. Parineeti is looking absolutely hot on the cover of Elle October issue.

The actress has worked hard for last few months on her body and it is quite evident. Parineeti is looking slim and trim as the magazine rightly tags her as ‘New Body New Confidence’.

Talking about her upcoming projects, the actress is being considered for Aditya Chopra’s next direcional ‘Befikre‘. We are dying to see not so bubbly on big screen now.