Outer Banks Season 2: Here’s everything you need to know about the second season of mystery teen drama ‘Outer Banks’ on Netflix.

Outer Banks is an American action-adventure mystery web TV series created by Josh Pate, Jonas Pate, and Shannon Burke. The first season premiered on April 15, 2020, on Netflix. Outer Banks follows a group of teenagers in the Outer Banks of North Carolina, who are called “Pogues”, and their journey to find out what happened to the missing father of the group’s ringleader, John B. Along the way, they discover a legendary treasure that is tied to John B’s father. In July 2020, the series was renewed for a second season. The fans have been eagerly waiting for updates. So, without any further delay, let’s dig deeper into more details about Outer Banks season 2.

It is anticipated that the coming season will pick up from where we left off in season one. John B and Sarah on their way to the Bahamas to try to get the gold back. Kie, JJ, and Pope will be dealing with the aftermath of the SBI escape and their supposed deaths. Ward will be facing trouble as the SBI and local police discovered he is the one behind the death of John B’s dad

Outer Banks’ first season ended on a cliffhanger, with the final episode revealing that John B and Sarah actually survived when their boat overturned. A lot of questions need to be answered. What will happen to John and Sara? Will their friends find out that they’re still alive? And will they find the gold after all? The upcoming season will have to answer all such questions and the audience just can’t wait to watch what lies ahead.

What will be the cast of season 2 of Outer Banks?

Along with the season 2 announcement, Netflix confirmed that the lead cast will be returning. Chase Stokes, Madelyn Cline, Madison Bailey, Jonathan Daviss, Rudy Pankow, Austin North, Drew Starkey, Deion Smith, and Charles Esten are all set to reprise their roles. In addition, we can also expect plenty of new characters to join the cast especially since there will be at least one new location added to the next season. Here is the look at the cast of Outer Banks:

Once Upon a Time star Elizabeth Mitchell will be joining the cast as Limbrey, according to Deadline. “So excited to join this show! Gorgeous, talented cast. Incredible crew. Filming in paradise and a character I can’t wait for you to meet,” Elizabeth wrote on her Instagram.

What is the production update?

According to the reports, filming started back on August 31, 22020. The production took place in Charleston, South Carolina under strict restrictions as outlined by the officials. Despite a lot of roadblocks, the filming continued till the end of 2020 and then halted for a few days.

When Will Outer Banks Season 2 Release on Netflix?

With the filming completed, the makers would take around 3-4 months before the show arrives on Netflix. We were expecting Netflix to drop Outer Banks season 2 in Aug or Sep 2021. But Netflix has surprised us with an early release date. Yes, Outer Bans Season 2 is arriving on July 30, 2021.

Is there a trailer for Outer Banks season 2?

Unfortunately, there is no trailer yet. The show has been renewed by Netflix in July 2020 only. Netflix usually drops the trailer a month before the premiere. So, we can expect the season two trailer to arrive by the end of June 2021. However, fans can see BTS videos and new content shared by the cast members on their social media pages. Meanwhile, you can also stream the first season of Outer Banks on Netflix.

You can watch the season 1 trailer right here:

During an interview with Entertainment Weekly, creator and showrunner Jonas Pate revealed his plans for the show extend far beyond season 2. He said “Ever since we started, we always viewed it as something that was probably like a four-season, maybe five-season show, but definitely four seasons. We’ve sort of long-arced it out pretty far. I’m just hoping that we get a chance to actually tell those stories.”

Pate is wasting no time mapping out the second season in quarantine. He told Elle that “before [season 1] even came out, Netflix had greenlit us to write some [season 2] scripts, so we’ve been working on that for a few months now.” He also elaborated on his vision for season 2 and teased “some new mysteries,” adding, “we love the mashup of friends on this fantasy thrilling adventure, and we feel like we really just played the opening round of that story”. 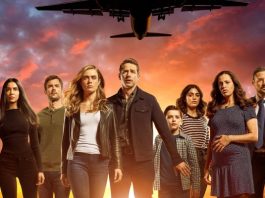 Manifest Season 4 Canceled at NBC; Will Netflix Save the Show? 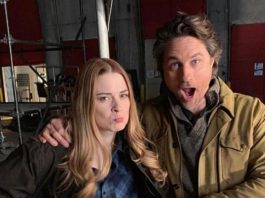 Virgin River Season 3: Release Date, Plot, Cast and Everything We... 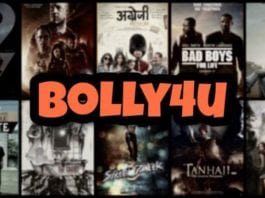