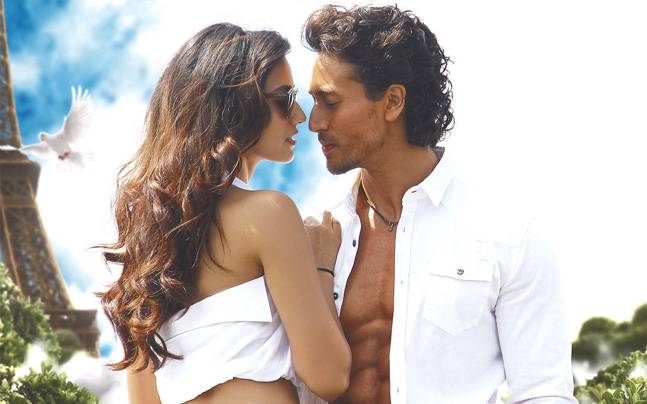 Tiger And Disha To Romance in Baaghi 2: Tiger Shroff and Disha Patani shares sizzling chemistry. The two are the hottest stars of Bollywood.

The casting for the leading lady of Baaghi 2 has been in news for a long time. There were speculations that Kriti Sanon or Shraddha Kapoor has been signed for the project. Well, the producer Sajid Nadiadwala has put aside all these rumours. He has announced the leading lady of the film and she is none other than Tiger Shroff’s rumoured girlfriend Disha Patani.

Tiger and Disha shared sizzling chemistry as seen in the single Befikra. The two are the hottest young stars of Bollywood and we are assured that this pair will set the screens on fire.

In an interview with Times of India, the producer of the film, Sajid Nadiadwala “They share an amazing on-screen chemistry, which was evident in their look test. Disha is just perfect for the role. I am happy with my cast and am excited to kick-start the project.”

Baaghi 2 will be directed by Ahmed Khan who has replaced Sabbir Khan. The first look of Baaghi 2 was released a few days back and it seems that the makers will raise the action level in this one. Tiger Shroff is looking an absolute beast in the poster which showcases him as a man on the mission. On the work front, Tiger is having a dream time as he has four big movies in his kitty. The actors will be next seen in Munna Micahel slated for release on 21st July 2017. After Munna Michael, Tiger will start working on Rambo remake and Student Of The Year 2. (Read: Tiger Shroff upcoming movies)

Produced by Sajid Nadiadwala, Baaghi 2 is expected to go on floors in August 2018. As per the reports coming, the shooting of the movie will kick-start in Shanghai. Baaghi 2 is scheduled for release on 27th April 2018.

Baaghi 3 Digital Release On Disney+ Hotstar | Download It For Free