Abhishek Bachchan has bagged a very bankable project and yes it is after two years that he will be facing the camera. Known for his super cool attitude and amicable nature, Abhishek has been facing a dull period in his acting career for over five years now. But the actor has now signed a crucial project and will be seen essaying an interesting role in the film title Manmarziyaan. The film went on floor recently. The Junior Bachchan took to Twitter to update his fans about the news and even sought their well wishes. So it can well be said that Junior Bachchan’s wait for a potential role is finally over. Abhishek posted a picture of the script of the film to share the news on Twitter.

Abhishek starrer Manmarziyaan will be directed by none other than Anurag Kashyap. The film is produced by Anand L. Rai and has Taapsee Pannu and Vicky Kaushal in the lead along with Abhishek. Tapsee had earlier described the film as a mix of the vision of the two amazing film makers – Anand L. Rai and Anurag Kashyap. Before this, the two film makers had collaborated for the movie Mukkabaaz which was a lukewarm success.

Abhishek was last seen in the film Housefull 3 which was directed by Sajid-Farhad and was a multi-starrer. The film failed to do any good for the actor’s career who went through a string of failures in the recent years. The 42 years old actor says in his Tweet that he is about to venture into something fresh and new.

Abhishek was recently pictured with his family while celebrating Holi and more recently while leaving for a family vacation at the airport. The shooting of the film Manmarziyaan will begin in Kashmir. Abhishek is best known for his work in the films Guru, Dhoom series, Umrao Jaan, Paa, Raavan and Dostana. 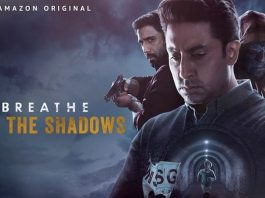 Breathe: Into the Shadows Has A Gripping Story, Thrilling Plot 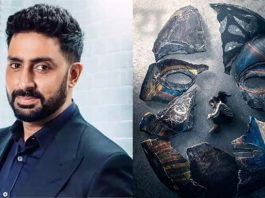 Breathe Into The Shadows: Second Season Of Breathe To Release On... 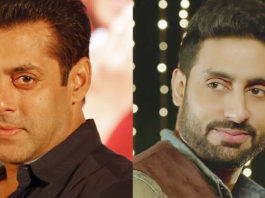 Shocking: Salman Khan Is Responsible For Delay In Abhishek Bachchan’s Next...