Presenting Hasi video song from the upcoming romantic saga Hamari Adhuri Kahani. The third song is also as pleasing and melodious as the previous two songs, Hamari Adhuri Kahani title track (sung by Arijit Singh) and Humnava (sung by Papon). The magic of Arijit Singh and Papon is still on and now it’s the turn of Ami Mishra who has lent his voice to this mushy track.

The song is composed by Ami Mishra and lyrics are penned down by Kunaal Vermaa.

So, another musical blockbuster from Bhatt camp and Mohit Suri is on the cards. Keep your fingers crossed.

The movie is directed by Mohit Suri and produced by Mukesh Bhatt and will be presented under the banner of Fox Star Studios and Vishesh Films.
The star cast features Emraan Hashmi as Aarav Ruparel, Vidya Balan as Vasudha and, Rajkummar Rao as Hari while Sara Khan, Madhurima Tuli (last seen in Baby as Akshay Kumar’s wife) and Amala Akkineni will appear in supporting roles.
The movie is slated to release on 12 June 2015. 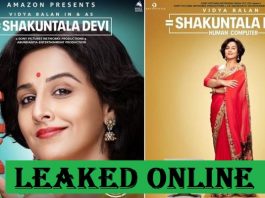