Shahrukh Khan and Kajol starer Dilwale is releasing today. The movie has created a tremendous buzz, and it seems that SRK fans are dying to watch him on the big screen with Kajol. Dilwale marks the comeback of magical Jodi of SRK and Kajol on big screen after a long gap of six years. Well, the reviews are out, and it seems that Rohit Shetty and team has managed to deliver a big fat entertainer yet again. Let’s read how the critics rated and reviewed Rohit Shetty’s Dilwale.

Dilwale Movie Review by Surabhi Redkar from Koimoi.com – Dilwale is not an enjoyable ride all the way. The film has its moments and mainly it is the predictability and cliches that kill it. One of the best scenes between Kajol and Shah Rukh comes right at the end but its too late to save the film then. For its half-entertainment, I am going with a 2.5/5.
Rating: 2.5 stars
Read the full movie review at Koimoi.com

Dilwale Review by Arnab Mukherjee from Masala.com – Such a hyped film needs more than best cinematic minds to please the fans, and that is where Dilwale scores. It is a perfect concoction of romance, action and comedy that Hindi film viewers generally look forward to. If entertainment is why you go to the theatres, then Dilwale will not disappoint you.
Rating: 3.5 stars
Read the full movie review at masala.com

Dilwale Review by Taran Adarsh from Bollywoodhunagam.com – On the whole, DILWALE is akin to a mouthwatering meal that satiates the craving of those who relish masalathons, besides being an absolute treat for SRK-Kajol fans. An unadulterated crowd-pleaser, DILWALE delivers what you expect from a Rohit Shetty film: King-sized entertainment. Go for it.
Rating: 4 stars
Read the full movie review at Bollywoodhungama.com

Dilwale Review by Manjusha Radhakrishnan from gulfnews.com – Dilwale would have fallen flat on its face if it did not have Kajol and Shah Rukh Khan as its lead actors. It’s the kind of romantic drama that draws heavily on these two stars and their unrivalled on-screen chemistry. It’s the kind of entertainer where the story is an afterthought. And that’s a good thing.
Rating: 3 stars
Read the full movie review at gulfnews.com

Dilwale Movie Review by Sneha May Francis from emirates247.com – Rohit Shetty’s movie is part ‘Baazigar’, part ‘Kabhi Khushi Kabhi Ghum’, and loaded with ammunition and car chases. It could’ve possibly worked, but diluting vintage romance with Rohit’s style of pulp fiction reduces the effort to nothing short of painful.So, when the couple isn’t talking love or singing in exotic locations, they are busy pumping bullets, indulging in car chases and watching cars being blown up without any apparent reason. It’s a life that’s dangerously fun, or foolish.
Read the full movie review at emirates247.com

Dilwale Movie Review – Our recommendation
Well, the reviews have been positive so for this Rohit Shetty’s entertainer. Dilwale is a perfect watch this weekend if you watch movies for entertainment. Dilwale has every element you expect from a Rohit Shetty film, a big fat entertaining movie.

Bookmark this page as we will update it with more critics reviews. Also, share your Dilwale movie reviews with us in the comments section. 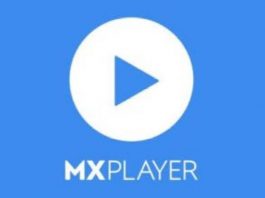 Fauji, The Jungle Book To Chandrakanta, Binge Watch These Classics For...