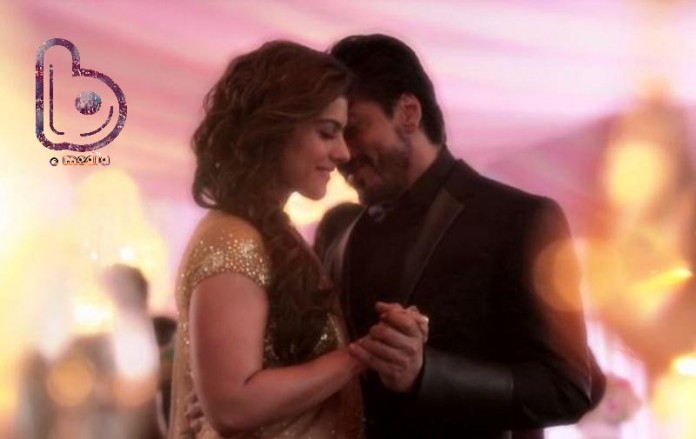 Dilwale is easily one of the biggest and most awaited movies of 2015. With an ensemble cast and Rohit Shetty‘s direction, here’s 5 Reasons why we are excited for Rohit Shetty’s Dilwale–

Mark your calendars… Witness the eternal couple again in all their glory! #CantWaitForDilwale pic.twitter.com/pSkufE0b7Z

Dilwale brings the most romantic on-screen pair of Shah Rukh Khan and Kajol together after their last film My Name Is Khan. We just can’t wait!

3. The Cast! Other than SRK and Kajol, Dilwale has an ensemble cast including Kriti Sanon, Varun Dhawan, Varun Sharma, Boman Irani, Vinod Khanna, Kabir Bedi, Johnny Lever, Sanjay Mishra, Pankaj Tripathi and many more. Here’s some interesting tweets about Dilwale from the stars-

4. Lots of Action! Shah Rukh Khan was spotted wielding a gun during the shooting of the film in Bulgaria. He has also been dropping hints about some cool car stunts in the film. Rohit Shetty is well known for the stunts in his films. This is really something to look forward to!

5. A Sneak Peek into the Climax! Watch an exclusive sneak-peek into #Dilwale‘s climax! The making is right here! https://t.co/2WZ4IC67cD — Dilwale (@RedChilliesEnt) October 26, 2015

Apparently, Fukrey fame Varun Sharma is the groom while Chetna Pandey is the bride whose marriage forms the Dilwale’s climax.

Did you know trailer of Dilwale will be released with Salman Khan’s Prem Ratan Dhan Payo?

Why are you excited for ‘Dilwale’? Tell us in the comments.