Pulkit Samrat and Yami Gautam’s alleged affair is making news these days. The latest addition to it is Yami Gautam’s absence from the sets of Bigg Boss where director Divya Khosla Kumar and Pulkit Samrat were promoting their upcoming Valentine release Sanam Re. Well, as a lead actor, Yami was expected to be a part of the promotions but she decided to be away in order to avoid Salman Khan. You must know Pulkit Samrat has married Salman Khan‘s Rakhi sister Shweta Rohira. (Read: Salman turns cupid for Shweta and Pulkit)

As reported by us earlier, Salman is trying everything to save Pulkit-Shweta’s marriage, we also hear that Pulkit and Yami might be moving together. (Read: Shweta Rohila has some harsh words to say for Yami Gautam) 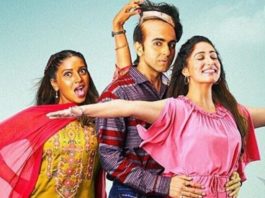