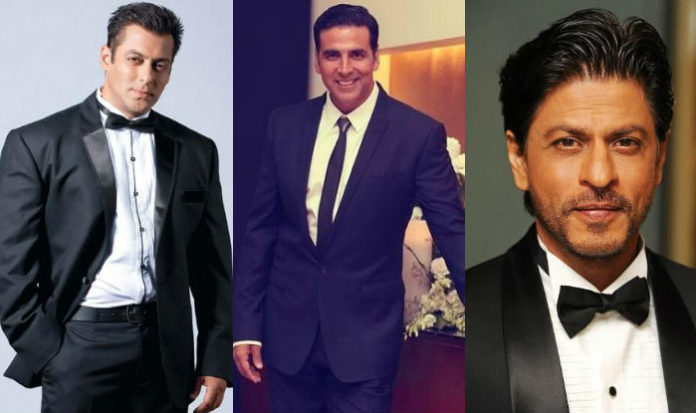 It just can’t get bigger than this. 2017 will be the year for the Bollywood movie lovers. With the announcement of ‘Tiger Zinda Hai’ release date, it is now official that 2017 will be a grand year for Bollywood lovers.

Bollywood movie lovers will see some grand releases starting with Kaabil and Raees on 26 Jan 2017 to ‘Tiger Zinda Hai’ on 22 Dec 2016. It is probably happening for the first time in last 10 years when we will witness two Bollywood movies of SRK and Salman in a single year.

Shahrukh Khan also has two releases next year. His long-awaited Raees will release on 26 Jan 2017 along with Hrithik Roshan’s Kaabil. ‘The Ring’ directed by Imtiaz Ali is expected to release during Independence day weekend.

Akshay Kumar, who is going through the best phase of his career, has four releases in 2017. Jolly LLB 2 directed by Subhash Kapoor will release on 10 Feb 2017. Jolly LLB 2 will be followed by Toilet: Ek Prem Katha and Crack. Besides these, the actor will be seen as a lead antagonist in Shankar’s Robot 2.


Talking about the movies of the other actors, Ajay Devgn’s Baadshaho will release on 12 May 2017. Rohit Shetty’s Golmaal 4 may also release on Diwali 2017. Aamir Khan’s Secret Superstar will also release in 2017.

Other than these, we will also witness some good movies like Shahid Kapoor and Kangana Ranaut’s Rangoon, Arjun Kapoor and Shraddha Kapoor’s Half Girlfriend and Baahubali 2.

What are your views on this story? Share your thoughts with us in the comments section.