Ishaqzaade actor Arjun Kapoor says that Sridevi is his father Boney Kapoor’s second wife and not his mother.  The Bollywood beauty is Arjun Kapoor’s step-mom and Arjun has said that she can never take his real mother’s place.

Arjun’s mom Mona Kapoor was Boney Kapoor’s first wife. The pair separated after Boney fell in love with South Indian beauty Sridevi. Mona Kapoor died a few days before the release of Arjun Kapoor’s debut Ishaqzaade and left him very sad. Even though Boney Kapoor has stayed in touch with first wife Mona Singh’s kids Arjun and Anshula, Arjun has always maintained a gap with his step mom Sridevi and his step sisters Jhanvi and Khushi.

“My relationship with her would never be normal. She is just my father’s wife and nothing beyond that. My mother Mona Kapoor taught me never to disrespect anyone. I would never be able to live with them like a normal family does but I hold no grudge against anyone”said Arjun Kapoor.

Arjun also admits that  he went with his father and his stepmother for vacations. He felt a bit awkward as their two children also accompanied them. However, he admits that he has respect for Sridevi but she will always be his father’s wife.

Arjun has always been open about his equation with Sridevi and on many equations have said he doesn’t like talking about his step-mom because he is hurt. However, successful producer Boney Kapoor says that Sridevi is a very loving mother and she cares about Arjun. “She constantly checks with me about Arjun and Anshula. Even after we`ve had a late night she will wake up at 6.30 to see if the girls have had their breakfast and drop them to the gate.” says Boney.

The actor will be seen soon in Finding Fanny along with Deepika Padukone and the movie will release on 12th September, 2014.

Click here to see the trailer of Finding Fanny 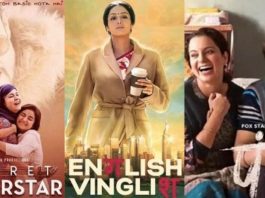 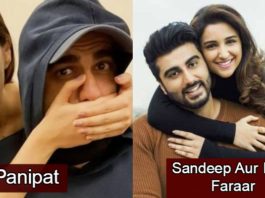