Did the Squid Game keep you on the edge of your seat the whole time? Are you looking for an exciting TV series along the same lines as Squid game? Well, look no further; as Netflix has one more amazing thrilling sci-fi series. We are talking about the Japanese sci-fi thriller series Alice in Borderland. Based on the manga of the same name by Haro Aso, the show premiered on Netflix in Dec 2020 and became a massive hit in many countries. More than a year has passed waiting for the second season of this addictive series. So, what’s are the latest updates on Alice in Borderland Season 2? When will it premiere on Netflix? Here’s what we know.

Will there be Alice in Borderland Season 2?

Yes, there will be. Netflix renewed the show for a second season just two weeks after the first season premiered on the streamer. In fact, the filming for the second season wrapped up in March 2022. Netflix released a video announcing the cast of the second video after wrapping up the shoot. Watch the video right here:

Alice in Borderland Season 2 Release Date: When Will it Premiere?

While there is no confirmed release date, we do know a confirmed release window for the second season. Alice in Borderland Season 2 will premiere on Netflix in December 2022 – two years after the first season was released.

Netflix confirmed the news in November 2021 as part of their virtual Japan Festival event. The release was announced as part of their showreel for the upcoming year. Alice in Borderland Season 2 is among the 50 Japanese titles that will release on Netflix. This includes films and series – both live-action and animation.

Alice in Borderland Season 2 Cast: Who is returning?

This hit thriller series has no shortage of Japan’s biggest stars. Its main characters include:

Ryohei Arisu as Kento Yamazaki: A man who is crazy about 24-year-old video games that “doesn’t fit his family.”

Tao Tsuchiya as Yuzuha Usagi: A mountaineer took to empty Tokyo immediately after his father died. Usagi forms an alliance with Arisu shortly after his friend’s death.

Both the leads will return to portray their respective roles in the second season.

Yuki Morinaga as Chota Segawa: Yuki plays a very religious IT engineer and a friend of Arisu and Calve. Chota severely burns his leg while participating in the “Dead or Alive” game, which slows down his friends while recovering.

Keita Machida as Calve Daikichi: Keita plays a bartender and a friend of Arisu and Nagata. Before being taken to the empty city.

Nijiro Murakami as Shuntarō Chishiya: A mysterious, quiet, and wise gambler teaming up with Quina to steal the deck of Hatter’s cards, beach leader and founder, believes a full deck will drive her out of the city.

Sho Aoyagi as Aguni Morizono: Agni, a powerful fighter and Hatter’s best friend, was first introduced as a critical beach member. Near the Series Finale, Agni kills violently after seeing Hatter evolve into a selfish and murderous leader.

Ayaka Miyoshi as Anne Rizuna: A member of “The Beach” tries to win a challenging game with rational thinking. Ann is one of the key players in the final round of Season 1.

Some characters that died in the first season, could return back in the form of flashbacks. A look at the full star cast of Alice in Borderland.

This thriller series is very similar to the premise of Squid Games, where the lead characters Kento and Yuzuha are stuck in an alternate Tokyo where they have to play a series of sadistic games to escape.

The series is based on manga of the same name. The first season consists of eight episodes that covered around half of the manga series. Around 33 chapters of the manga are still available for adaptation.

Throughout the first season, Arisu survives a number of deadly games, but in the process, he lost his friends Chota and Korube along the way. In the climax final Ten of Hearts game, the remaining players including Arisu had to identify the “Witch” who hid among them. After a terrible bloodbath, Arisu figured out that Momoka was the Witch, which led to another discovery – that she and Asahi were actually dealers, players who organize games to extend their visas.

Arisu and Usagi head to a c.ontrol room where they meet a stranger named Mira who announces a whole new set of games to collect face cards.

In the second season, one can expect Meera to play a pivotal role. It is going to be an interesting season as Arisu and Usagi will face new deadly challenges. It is not going to be easy for Arisu as his true friends are no more.

Is there a trailer for Alice in Borderland Season2?

While there has been no trailer that Netflix has dropped for the hit series, viewers can watch season 1 and its trailer while they wait for the show’s second instalment. Since Season 2 premieres in Dec 2022, one can expect the trailer to drop in Nov 2022.

If you love survival thrillers like Squid Game, Battle Royale then Alice in Borderland is a must-watch show for you. Season 1 is available to stream on Netflix. 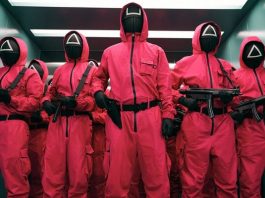 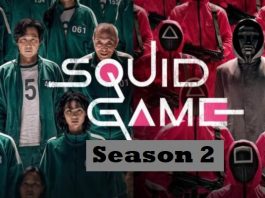 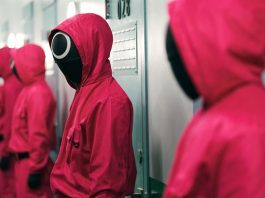