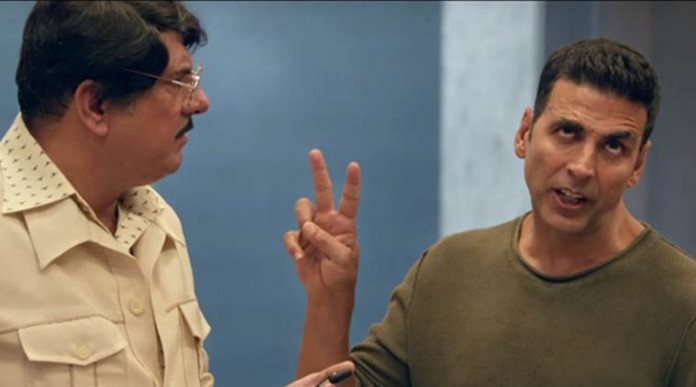 Superstar Akshay Kumar is an energetic man. He is perhaps the only superstar these days who can deliver more than four films in a year. The actor will be next seen in comic caper Housefull 3 which stars Jacqueline Fernandez opposite him.

The actor along with the star cast of the movie launched the trailer of Housefull 3 at an event in Mumbai yesterday and when asked about how he manages to do so many films in a year, the actor said that he completed his part in Housefull 3 in just 38 days.

The actor revealed, “When team Mission Impossible can wrap shooting for their film in 52 days, why can’t we do it? Who shoots for a film for 200, 300 days? I think movies should be shot in maximum 70 days. Take example of Housefull 3, my part was wrapped up in 38 days whereas the entire film was shot in 60 days.”

Housefull 3 is a sequel of super hit comic franchise Housefull. While the last two installments were directed by Sajid Khan, this one is directed by Farhad-Sajid. starring Riteish Deshmukh, Abhishek Bachchan, Jacqueline Fernandez, Jackie Shroff, Lisa Haydon and Nargis Fakhri, Housefull 3 is slated for release on 3 June 2016.

On the work front, Akshay Kumar is currently busy with the shooting of Robot 2 slated for releases in 2017. After Housefull 3, the actor will be seen in Rustom releasing on 12 Aug 2016.