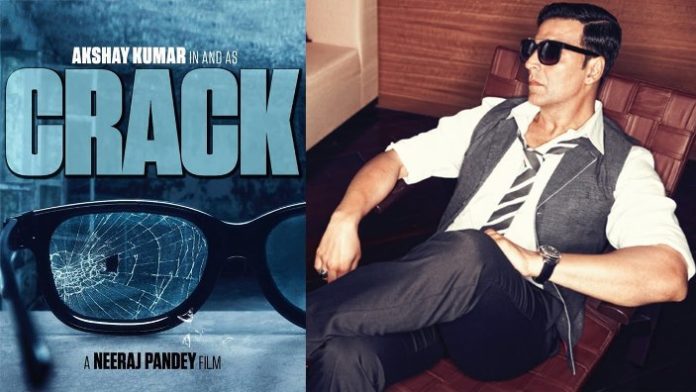 Akshay Kumar and Neeraj Pandey are the best of buddies and they have together worked for some superb films like Special 26, Baby etc. Last year, Akshay Kumar made an announced regarding his next film with Neeraj Pandey. The first poster of the movie was released by Akshay along with the release date of the movie. The movie was announced to release on Independence day weekend 2017.

However, the delay in shooting and the reports of Akshay being asking for more money has led to the speculations of the movie being shelved. Neeraj Pandey The director get busy with his next production, ‘Toilet: Ek Prem Katha’ which also stars Akshay Kumar. As a result, Akshay Kumar fans also started trending Crack is shelved on Twitter anticipating a reply from the team

Yesterday only, Akshay Kumar fans started trending ‘Crack is shelved’ on Twitter. Akshay Kumar with his tweet has put up an end on all speculations. Akshay has made it clear that the movie will happen soon. Akshay tweeted, “Friends, please don’t believe everything you hear in the media. Film-making is an art & sometimes takes longer than expected! #CRACKWILLHAPPEN”.