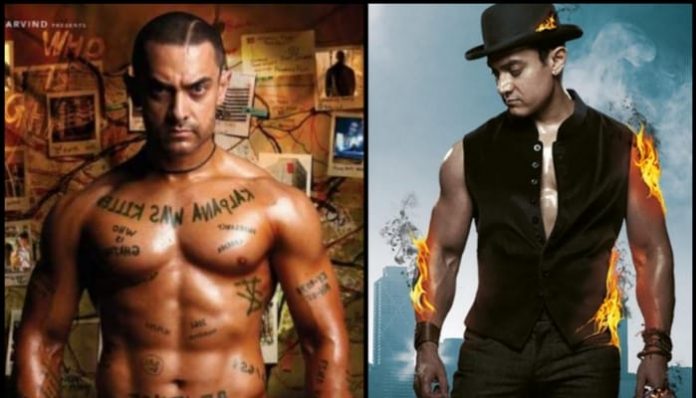 Often called Mr. Perfectionist of Bollywood, Aamir Khan is pretty choosy with his movies. The superstar is geared up for his next release Laal Singh Chaddha, an official Hindi remake of the 1994 cult Hollywood classic Forrest Gump starring Tom Hanks. The trailer released on May 29 is getting mixed responses.

While we truly believe that Aamir Khan is a good actor and delivered some masterpieces like Lagaan, Taare Zameen Par, Rang De Basanti, and Sarfarosh. However, the fact is Aamir has been taking inspiration from Hollywood movies since the start of his career. Laal Singh Chaddha is not the first remake Aamir Khan is starring in. Here’s a look at 8 hit Aamir Khan movies that are Hollywood remakes:

Starring Aamir Khan, Katrina Kaif, and Abhishek Bachchan, this Vijay Krishna Acharya directional was a box office blockbuster. However, many of us don’t know that the third movie in the Dhoom franchise is heavily inspired by Christopher Nolan’s 2006 film The Prestige.

Ghajini was the first Bollywood movie to earn Rs 100 Crore at the Indian box office. It was a remake of a Tamil film of the same name starring Suriya. The Tamil movie was highly inspired by Christopher Nolan’s 2000 movie Memento.

Starring Aamir Khan and Manisha Koirala in lead roles, this Indra Kumar directional was heavily inspired by the 1957 Hollywood movie An Affair To Remember.

Directed by Vikram Bhatt, Ghulam is still remembered by the fans for its train scene. Released in 1998, Ghulam was actually a remake of Mahesh Bhatt’s 1988 movie, Kabzaa, which in turn was a copy of the 1954 movie On the Waterfront.

This action-crime movie starring Aamir Khan, Rajinikanth, and Juhi Chawla is highly inspired by one of the greatest movies of all time The Godfather (1972). Directed by Dilip Shankar, Aamir played the character inspired by Al Pacino’s Michael Corleone.

The romantic comedy stars Aamir Khan and Pooja Bhatt in lead roles. It is an unofficial remake of the 1934 Hollywood movie It Happened One Night and the 1956 movie Chori Chori starring Raj Kapoor and Nargis.

Directed by Mahesh Bhatt, Hum Hain Rahi Pyar Ke is highly inspired by the 1958 Hollywood movie House Boat. It starred Aamir Khan and Juhi Chawla in the lead roles and Kunal Kemmu as a child actor.