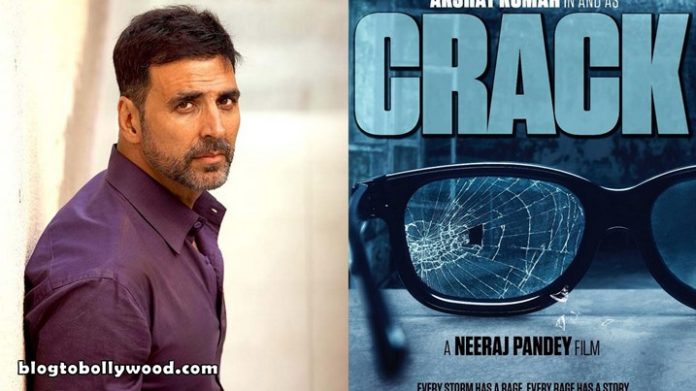 Akshay Kumar’s latest release Rustom is having a dream run at the Box Office and the actor has surprised his fans with a special treat. Akshay Kumar and Neeraj Pandey are reuniting once again after Special 26, Baby and Rustom. Akshay took to twitter to share the news of this collaboration titled Crack. The actor shared the first look and the release date of the movie on twitter.

I Can’t Wait For This One @akshaykumar Sir Thanks For Making Every Independence Day Special For Us #Crack pic.twitter.com/8jh03tBlpy

From the first look, it seems that Crack will be a thriller much on the lines of Special 26 and Baby. Akshay Kumar is unstoppable not only at Box Office but also at signing new movies. The actor already has Jolly LLB 2, Robot 2 and Namastey England in his kitty. With Crack, Akshay seems to have a rocking 2017.