Hailing from Himachal Pradesh, Mohit Chauhan has a refreshing feel to his voice. A two-time recipient of the Filmfare Award for Best Male Playback Singer, Mohit never received formal training in music, but sings and plays guitar, harmonica and the flute. He started his career when he formed the band ‘Silk Route‘ with his schoolmate Kem Trivedi. After giving out two successful albums, the band dissolved and Mohit started singing for Hindi movies. Today he is one of the most successful playback singers in Bollywood. Here is a list of Top 10 Mohit Chauhan Songs that you need to add to your playlist-

The promotional song from Ajay Devgn’s Shivaay was a major hit. Mohit Chauhan was among the other singers who gave their voices to this song and made it absolutely worth listening.

This love song got Mohit the attention he deserved and helped him achieve mainstream success. Composed by Pritam, this song is from the Shahid Kapoor, Kareena Kapoor starrer movie Jab We Met.

Mohit Chauhan was the official voice of Ranbir Kapoor in the movie Rockstar. All the songs were super-hits and ‘Jo Bhi Main’ is one the best among them! He won the Filmfare Award for Best Playback singer for this one.

Pee Loon is another successful love song given out by the pair of Mohit Chauhan and Pritam as the composer. This song sticks the right chord of a lover’s heart. This song won him many awards.

The love song from Kaminey that gained a lot of appreciation and established Mohit Chauhan as one of the best playback singers in Indian Cinema.

The soulful song from Love Aajkal about separation in love touches you at the right places!

After Silk Route dissolved, Mohit Chauhan made his comeback with this uber-sweet song from the movie ‘Main, Meri Patni Aur Woh’. Mohit even composed this song himself.

One of Mohit Chauhan’s most recent song, Matarghashti is full of craziness and he does complete justice of A.R.Rahman‘s music and Irshad Kamil‘s lyrics.

Mohit once again spreads the magic of his heavenly voice with this simple yet sweet song from Tanu Weds Manu.

This song won Mohit his first ever Filmfare Award for Best Male Playback Singer and rightfully so. There are so many levels to this song!

Do tell us what you feel about this list below in the comments section.

*These songs are placed randomly and there are so many other great songs sung by this man.

These Armaan Mallik songs will make your heart beat 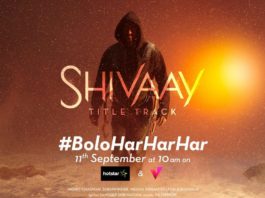 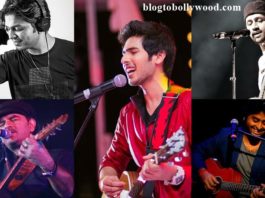 Poll of the Day | Which male singer’s voice is the... 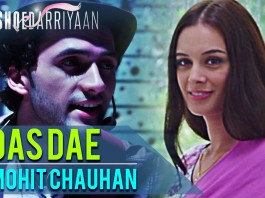