The Orville Season 3: Release date, plot and everything you need to know about the third season of sci-fi comic drama series.

The Orville is an American science fiction comedy-drama television series created by Seth MacFarlane. It is set on the titular starship USS Orville (ECV-197), a mid-level exploratory space vessel in the Planetary Union, a 25th-century interstellar alliance of Earth and many other planets. It follows the crew of the starship USS Orville on their episodic adventures. The show has received a positive response from critics and audiences alike and is all set for its third season. It premieres on Hulu (US), Fox (UK), Disney+ Hotstar (India). Fans of the show have been eagerly waiting for updates regarding the upcoming season. Here’s is everything you need to know about The Orville season 3.

What Will Be The Plot of The Orville Season 3?

It is anticipated that Season 3 will delve into the fallout from Isaac’s decisions in ‘Identity’ and ‘Identity Part II’ (season two: episodes eight and nine). Season 3 will probably have more episodes that focus on world-building and personality episodes along with the humorous ones.

The show’s executive producer, David Goodman in an interview with Digital Spy said, “We are still going to be doing standalone episodes. However, now we have shown that we can do a deeper dive in the Union, into the aliens, into our characters. So, we will continue that build. But again, it is really important for us for the show to stick to the format. You don’t want anybody confused who has never seen the show before. That is always a goal for us. We don’t want to alienate any new audience member. We’re expanding the characters and storylines, building on everything we’ve done before.”

Creator and star MacFarlane will return as Captain Ed Mercer. We are expecting the following cast members to return for season 3:

In an interview with Trek Movie, executive producer David Goodman regarding the comeback of Lieutenant Alara Kitan said “I don’t think she is coming back as a regular. But, we love that character… so if there is an opportunity to bring her back story-wise, I think she would be open to it and we would love to have her back.”

The fans are expecting a couple of high-profile additions to the cast. Anne Winters (13 Reasons Why) is joining as a character called Charly Burke, according to Deadline.

Seth MacFarlane will continue to be the showrunner and along with Jon Cassar direct the show. David Goodman, Jon Favreau, Brannon Braga, Jason Clarke will serve as executive producers. The show is moving from Fox to Hulu.

Shooting on the third season had started in October 2019 and it was halfway done when the shooting was put on halt in March 2020. According to sources, the production will resume in Dec 2020.

When Will The Show Premiere?

In a statement (via TV Line), MacFarlane said: “My friends at the network understood what I was trying to do with this series, and they’ve done a spectacular job of marketing, launching and programming it for these past two seasons. But as the show has evolved and become more ambitious production-wise, I determined that I would not be able to deliver episodes until 2020, which would be challenging for the network. So we began to discuss how best to support the third season in a way that worked for the show.”

Hulu or Disney hasn’t announced the Season 3 premiere date yet. Considering that the production still needs 3-4 months, we can expect The Orville season 3 to premiere around mid-2021.

The Orville season 3 trailer: When can I watch it?

Expect the trailer to arrive a month before the show’s premiere whenever that’ll be.

The first season premiered on Sep 10, 2017, had 12 episodes followed by a second season comprising of 14 episodes. As per the reports coming, the third season would be crunchy and intriguing with 11 episodes.

The Orville: Where to watch?

Currently, you can watch “The Orville” on Hulu or buy it as a download on Redbox, Apple iTunes, Google Play Movies, Vudu, Amazon Video, FandangoNOW, Microsoft Store. In India, you can watch the previous two seasons on Disney+ Hostar.

We will keep on updating this article as soon as we get more official details on The Orville season 3. 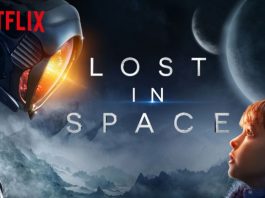 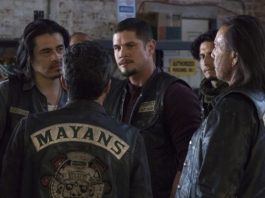 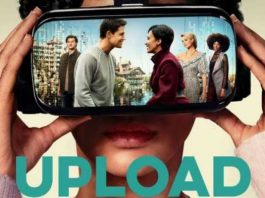 Upload Season 2: Plot, Cast, Release Date and Everything You Need...