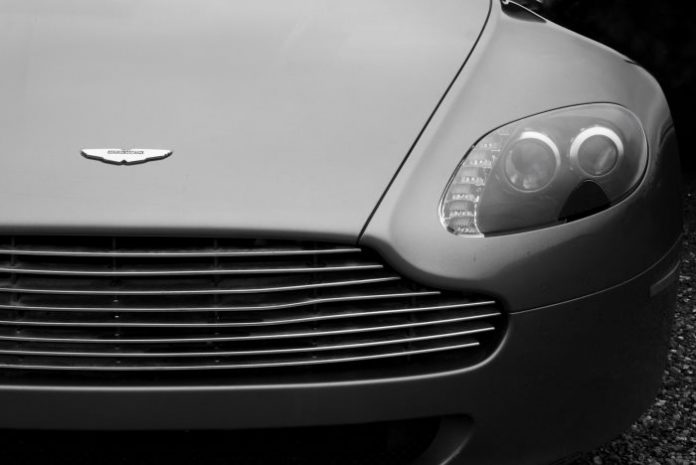 Bond is one of the longest-running franchises in cinema history. The official canon of films developed by Eon Productions has 24 releases to date, with Daniel Craig reprising the role in Bond 25, No Time to Die, set to release in the near future. The series has spanned nearly 60 years since Sean Connery’s debut as Bond in 1962’s Dr No. Since then, Bond has been played by five more actors, each bringing their own unique style to the role.

The global franchise is worth $7 billion to date and shows no sign of slowing. It has learnt to reinvent itself with the times, and so our desire for its unique blend of espionage, innuendo and black humour is as relevant today as at any point in its history.

Connery as Bond takes on Auric Goldfinger, played by Gert Fröbe, a gold smuggler with his eyes set on capturing Fort Knox. This was the third Eon produced Bond film, and the first under the direction of Guy Hamilton, who did more than anyone else to create the cinematic James Bond experience we all know so well. Goldfinger is remembered as the first Bond film to contain all the elements that have come to define the franchise. From the gadgets to the Bond girls and the audacious super villains, it’s all here in a perfect cocktail (shaken, not stirred of course).

There are many moments in Casino Royale that make it shine out even among the Daniel Craig era films. From the rooftop parkour chase in Madagascar, to defeating Bond villain Le Chiffre in high stakes poker with a straight flush – which consists of five cards in numerical order, all of identical suits- in impeccable style. The film also serves as a reboot for the franchise, taking place during the early years of Bond’s career when he’s in the process of qualifying for his license to kill. This lets Craig take the character in new directions unburdened by the history of the previous films, giving us a truly dangerous and fresh feeling Bond.

Pierce Brosnan revived the franchise in 1995’s GoldenEye after a 6-year hiatus. It’s easily one of the most action-packed entries in the Bond franchise and brought the series right up to date with the introduction of a female M in Judi Dench, greater physicality in the role of Bond by Brosnan, and action sequences that wouldn’t look out of place in an Arnold Schwarzenegger film. With a great performance from Sean Bean as secret antagonist agent 006 Alex Trevelyan, and incredible set pieces that see 007 bungee jumping off dams and having firefights atop a giant radar dish in the tropics, Goldeneye may be the most explosive Bond outing to date.

This one is a unique entry in 007 history, as it was the only film starring George Lazenby in the role of MI6’s killer asset. Set in Switzerland, the film follows Bond as he attempts to flush his arch-nemesis Blofeld out of hiding and foil his latest scheme. Starring Diana Rigg as bond girl Tracy, this film is a love letter to the 1960s that blends heavier themes of love and loss with some of the most inventive action scenes (who can forget the high-speed bobsleigh chase) in the history of the franchise.

Sean Connery reprises his role as Bond in this epic tale set in the land of the rising sun. Bond travels to Japan following a lead on a mysterious spacecraft that is stealing Russian and American rockets from orbit. When Bond isn’t duking it out above Mount Fuji in a micro helicopter armed to the teeth, he’s training with a ninja clan to refine his stealth abilities before an all guns blazing assault on Blofeld’s secret underground volcanic base. The film took the developing formula of Connery era films and massively increased the scope and ambition, making for a memorable experience.

Arguably Roger Moore’s finest outing as 007, The Spy Who Loved Me, in which he pairs off against Russian spy Major Anya Amasova as they seek to outmanoeuvre one another while simultaneously under covering an international plot by insane villain Karl Stromberg to steal nuclear submarines. With stunning locations spanning Egypt to Corsica, the famous submersible Lotus Espirit and iconic metal mouthed henchman Jaw’s first appearance, this is a fan favourite.

What are Hollywood’s most famous casino movies of all time?

Learn More About Online Games By Watching These Movies