The superhero fan groups weren’t all that big back in the day but today they are an indispensable part of our pop culture. Ever since the first Batman movie released in 1989, there has been an upsurge in the number of superhero fans all over the world. Today, at least one of our fans is officially obsessed with superheroes. With Disney+ Hotstar merger in action, there are all the more superhero movies for you all to binge-watch on the platform. Except for the ones that Disney doesn’t have rights to you can watch every other Marvel Cinematic Universe film on the OTT platform. Here is a list of all the superhero films you can watch on Disney +Hotstar today.

Robert Downey Jr as the billionaire genius Tony Stark is equal parts loved and hated by all. Iron Man is the first movie that gives us a glimpse of the man behind the creation of the Avengers. Back at home, Tony dons the armoured suit to fight off the evil.

Part-time Iron Man, Tony Stark is known to the world where a powerful enemy seeks the knowledge about his armour suit. On the other side, he’s facing pressure from the military to give up the secret technology behind his suit. Will he give it up? The film is one of the most emotionally charged yet challenging films of all Iron man films to date.

Thor is son to Odin, the King of Norse Gods who loses his right to the throne on the day of this crown ceremony. He is exiled to the Earth to live amongst the mortals. There he loses his magical weapon Mjolnir to S.H.I.E.L.D. The film is an insider guide on how Thor survived o Earth after his exile.

The first Marvel Universe picture that is set in the ’40s gives us a glimpse of how life was for Captain America before he realized his superpowers. For Captain America fans this is a trip down the memory lane into the early life of their superhero.

The team of Avengers must fight off Thor’s brother Loki and his aliens from Tesseract to save New York City. The crew includes the likes of Captain America, Iron Man, Hulk, Thor, Black Widow and Hawkeye. For first-time viewers, this movie is a delight as all the superheroes use their powers to fight off the evil.

Ever since the Avengers save the day in New York City, the Iron Man hasn’t been completely himself. He uses his time off to lay low while his relationship with Pepper falls to its knees. In this time, he prepares extended armours to empower him to fight against the evil in the world.

Thor must defeat Malekith, the leader of the Dark Elves who was defeated by the gods of Asgard hundreds of years ago. Their special weapon Aether laid buried in a secret location that was accidentally discovered by Jane Foster. Now Thor must regain control of the weapon and June who is now being used to destroy the Nine Realms.

After the New York massacre, Captain America continues to live in the city when he is caught off-guard with an attack on fellow S.H.I.E.L.D. member. Roger joins forces with Black Widow and the Falcon to uncover the secrets of the S.H.I.E.L.D. while also fight off a new enemy named Winter Soldier.

Guardians of the Galaxy

Based in the MCU, Guardians of the Galaxy is the first film to step out of S.H.I.E.L.D. Peter Quill is joined by a group of misfits – irritable Rocket Raccoon, tree-like human Groot, charming Gamora, and hateful Drax the Destroyer to stop the rather powerful enemy Ronan. The new group of superheroes must save the universe with their wit and powers.

Tony Stark collaborates with his fellow Avengers gang members Thor and The Incredible Hulk to save the human race from the adversities of Ultron. Ultron is nothing but an artificial intelligence system built by Tony Stark and Bruce Banner themselves. But when Ultron gets a mind of his own, the Avengers set out on a mission to stop it.

Dr Hank Pym hires genius Scott Lang, a thief from the prison to carry out a special program for him. Lang becomes the Ant-man with superpowers to shrink in size, possess unnatural strength and lead an army of ants for the better good of the world. Now Ant-man must prove his superhero status by preventing Cross from creating another Ant-man with the stolen technology.

This Captain America film is proven to be the most intelligent, non-cartoonish and action-packed Captain America movie in the trilogy. Captain America and Iron man are at conflict owing to government interference in the activities of the Avengers who cause collateral damage with their world-saving act. Now, Black Widow and Hawkeye must pick sides and ultimately lead to the fall out of the Avengers.

A subtle reminder between the cosmic world and the real Earth, Doctor Strange is a gripping story of the newest member in the Avengers troop. Stephen Strange, a famous neurosurgeon loses his hands in an accident. He turns to Ancient Hope for a mystical training program that turns him into the most powerful sorcerer known as Sorcerer Supreme.

Thor’s magical weapon Mjolnir nowhere in sight and his sister Hela also known as the Goddess of Death has taken over his home Asgard. Thor brings together the Hulk, Guardians of the Galaxy and some elements from earth to save his homeland and Asgardian Civilization from the massacre. If you’re looking for a light superhero movie on Disney+Hotstar then this is the perfect match. It is surprisingly funny, bold and so unlike Marvel.

Memorable action-sequences, fascinating art-direction and masterful superhero drama make Black Panther an instant hit in the Marvel Cinematic Universe. T’Challa, the son of the King of Wakanda T’Chaka inherits his powers of superacute senses and enhanced strength and speed from his father. The young king must realize his full powers to lead his army to defeat the enemies.

This film brings to light those enemies that even the powerful Avengers cannot defeat. With Thanos having access to five of the famous infinity stones from his gauntlet, the intergalactic warlord is ready to defeat the Avengers to take over the world. Iron Man, Thor, the Hulk and the rest of the Avengers unite to battle it out with Thanos this time.

Ant-Man and the Wasp

Peyton Reed took the directorial role for the Ant-man and the Wasp where action-sequences are rowdier and villains are bulkier. Scott Lang struggles to balance his roles as a father and a superhero Ant-man saving the world. Hope van Dyne and Dr Hank Pym present him and the Wasp a secret mission to uncover the mysteries of their past.

Vers, a Kree warrior keeps getting flashbacks of her previous life as Carol Danvers, a U.S. Air Force Pilot is stuck on planet Earth. With help from Nick Fury, S.H.I.E.L.D. agent she tries to uncover the secrets of her previous life. Captain Marvel is the first woman superhero from the Marvel Cinematic Universe to have done exceptionally well at the Box Office.

Carol Danvers rescues Tony Stark and Nebula from deep space to re-join the forces with the Avengers. Now, Black Widow, Bruce Banner, Captain America and Thor fight alongside Iron man and Nebula to fight off the greatest evil Thanos. The long-due victory lap, in the end, closes the Avenger’s story on a high-point that all superhero fans had been waiting for.


This one sure is an exhaustive list of superhero movies that you can enjoy during the extended lockdown. Disney+ Hotstar subscription would mean the world to you as it has the biggest collection of superhero films as compared to the competing video-streaming platforms. 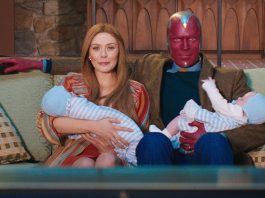 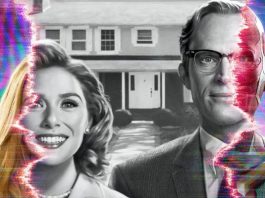 WandaVision Episode 5 Release Date On Disney Plus and Other Details