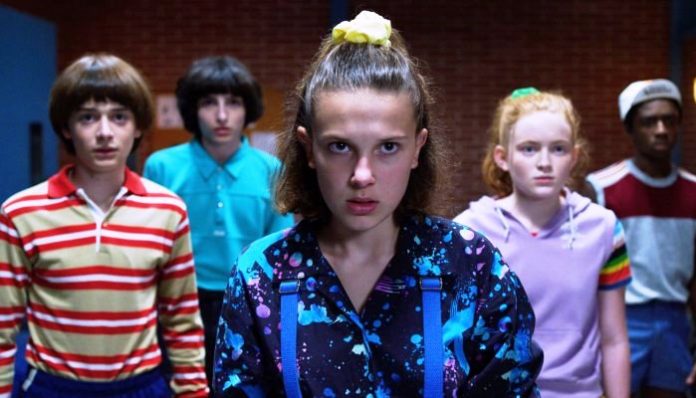 For which the fans have been waiting so long. Stranger Things Season 4 will be getting a Release Date this month, that is, August 2021.

The fans of Netflix’s original series ‘Stranger Things’ are keenly waiting for its fourth season to land on Netflix. It’s been around two years since the last season premiered and we still don’t have any official release date in sight for Season 4. Stranger Things season 4 is one of the most anticipated shows of 2021 and fans just can’t wait to see more of it.

Netflix renewed Stranger Things for season four in Sep 2019, soon after season 3 arrived on Netflix in July 2019. Even after almost two years of its official announcement. Eventually, we have something concrete this time. The executive producer and showrunner, Shawn Levy made an appealing revelation about it.

It’s clear from his assertions that we’ll be certainly getting the official release date in a few days. However, he also emphasized a “part of that answer” which hints that we may still not get a confirmed date. But we’re keeping a positive approach here, and so should you. Everything will be clarified in a couple of days. Whether you’re too eager for the release date or not, you will surely enjoy reading the below context.

As per Shawn Levy’s statement, it’s just a matter of time when we get the official release date. But, since the hype is real among the fans and as they’re waiting so long for this, we are making a prediction. There may be rumors circulating all over the internet declaring that season 4 will release next year. We strongly recommend you all, never ever believe in such things.

Anyways, the fact that Stranger Things Season 4 is wrapping up this month hints at a 2021 release. However, it can take a bit longer than expected. Technically, there is at least a four-month pre-production period for a show like Stranger Things. Now for that, you can handily count that we might get the season in the Fall of 2021. Our best guess is the month of November or December, at last.

We should think more widely. It may or may not meet our expectations, it may or may not release in 2021. So already keep a possibility for a 2022 release in your mind. More importantly, the season might take the usual six months gap for pre-production. In that case, Valentine’s Day (Feb 14, 2022) seems to be the perfect occasion to release it. Or we should just wait for a while, till August 13th. Till then, catch up with the previous seasons or watch other binge-worthy shows on Netflix.

The Netflix Original sci-fi series, Stranger Things is currently streaming officially only on Netflix with all three seasons.

‘Stranger Things’ Season 4 Release Schedule: When Will It Drops in Your Timezone?