Ajay Devgn will donate a part of Shivaay 1st day collection to Uri martyrs and we think he is setting a great example.

Cinema Owners and Exhibitors’ Association has started a fund-raising initiative in order to help the families of the URI martyrs. A meeting was held by the association where they requested various people from the industry to be a part of the good cause.

Cinema Owners and Exhibitors’ Association released a statement stating this-

Ajay Devgn also confirmed the news by saying this-

“I whole heartedly support the fund raising for the family of the martyrs who lost their lives at URI defending our country. As the producer of Shivaay, I am pleased to announce that we shall match the contribution made by the members of Cinema Owners and Exhibitors’ Association.”

We really appreciate Ajay Devgn’s step. What do you have to say about this? 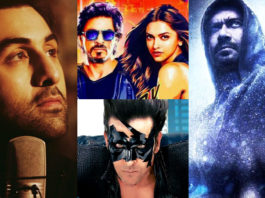