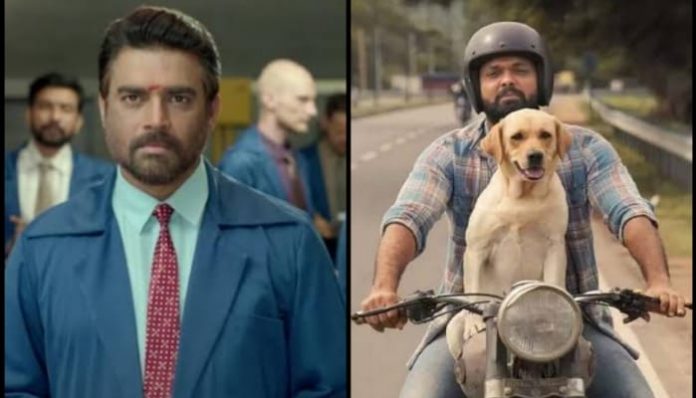 We are in the last week of July and believe me it is going to be a thrilling week for the cinephiles. Some most awaited movies, Rocketry and 777 Charlie are debuting this week on OTT. Besides these two biggies, we will also see the premiere of two south Korean series’ on Disney+ Hotstar. Let’s have a look at the top 10 OTT releases for this week (July 25 to July 31, 2022).

Starring R. Madhavan, Rocketry is a biopic drama based on the life of the former ISRO scientist Nambi Narayanan who was falsely accused of being a spy and arrested in 1994. Though free, he is still fighting for justice, with those police officials alleged to have falsely implicated him, still free.

The movie chronicles Narayanan’s days as a graduate student at Princeton University. It also explores his work as a scientist and the false spying charges put upon him.

Directed by Kiranraj K, 777 Charlie is a Kannada dramedy starring Rakshit Shetty, Sangeetha Sringeri, Raj B. Shetty, Danish Sait, and Bobby Simha. The movie follows the journey and bonding between a lonely factory worker and a stray labrador dog.

The series tells the story of an underperforming lawyer who gets caught up in a murder case. In order to survive and protect his family, he digs into a huge conspiracy among the privileged upper classes.

The Most Hated Man on the Internet

Keep Breathing is a survival drama series about a passenger plane that floats down into a river with almost no oxygen inside. A lone woman survivor Melissa Barrera must breathe all the oxygen she can to survive.

Good Luck Jerry is the official remake of the Tamil movie Kolamaavu Kokila (2018). The story of the film revolves around a happy-go-lucky young girl (Jhanvi Kapoor), who gets herself involved in a drug racket to earn money in a short time.

The series is a scripted version of the life of Masaba Gupta, featuring her family, her love life, and her career as a fashion designer. Masaba and her mother, Neena Gupta, play fictionalized versions of themselves. The second season will explore more of Masaba’s love life and her rise in the fashion industry.

Touted to be India’s first court of comedy, the show features Riteish Deshmukh, Varun Sharma, and digital content creator and social media influencer Kusha Kapila. Riteish and Varun play the roles of the public prosecutor and defense lawyers, while Kapila plays the judge who decides the fate of the biggest celebrities from Bollywood.

Which of these movies or shows are you excited about? Share your views with us in the comments section.