Rick and Morty Season 5 Episode 9 was expected to air on Aug 15, 2021. But the creators, Dan Harmon and Justin Roiland decided to end Season 5 with an hour-long special finale.

Rick and Morty season 5 debuted on Adult Swim on June 20, 2021, with episodes releasing weekly on Sundays. The 8th episode of the current season was aired on Aug 8, 2021. While the fans were expecting episode 9 to air on Aug 15, 2021, the creators, Dan Harmon and Justin Roiland had some other plans. Rick and Morty Season 5 is on hiatus now and will return for an hour-long-finale. Here’s is everything you need to know about Rick and Morty Season 5 finale.

Rick and Morty Season 5 Finale Release Date, Time and How to watch

Rick and Morty Season Season 5 premiered on June 20, 2021. A new episode drops every Sunday. However, the show is now on a break and will return to TV screens on Sep 5, 2021.

The Adult Swim promo announcing the air date confirmed that the episodes (9 and 10) would air together. These two episodes combined will serve as the season 5 finale.

In the United States, Rick and Morty Season 5 finale will drop on Sunday, Sep 5, 2021. It will go live on Adult Swim at 11 PM EST, as per the previous release schedule.

The fans can watch Rick and Morty on a live cable TV connection. They can also enter their cable username and password on the Adult Swim app to watch episodes of the current season.

Fans who do not have a cable connection can steam Rick and Morty episodes on YouTube TV, Hulu+ Live TV, and Sling TV that all come with Cartoon Network.

In other countries, new episodes arrive on Netflix the next day they air in the United States (Sundays). So, Rocky and Morty’s next episode will be available on Netflix on Monday, Sep 6, 2021.

Rick and Morty Season 5 Finale (Episode 9 and 10): Teaser and What to expect

Right after Episode 8 ended, Adult Swim released a promo. It shows Morty trying to make his own portal formula using lime soda to avoid getting in trouble for using the portal gun without Rick’s permission. As they confront each other, Rick spins a wheel to find out what he’ll replace Morty with. The custom wheel has options:

The wheel stops on two crows and Rick then fires Morty. The voice-over of the trailer then asks, “Who is Rick without Morty? Find out on the one-hour season finale of Rick and Morty, returning September 5th at 11pm on Adult Swim.

Episode 9 of the fifth season is titled “Forgetting Sarick Mortshall” and Episode 10 is called “Rickmurai Jack.” These two episodes back to back will serve as the current season finale. It’s clear that these episodes take on the movie Forgetting Sarah Marshall and the animated series Samurai Jack. What these names signify, we need to see in the upcoming episodes.

What do we know about Rick and Morty Season 6?

Rick and Morty Season 5 is a part of a 70-episode deal Adult Swim made with the show’s creators back in May 2018. The deal was signed when there had been just three seasons of Rick and Morty. Now that Season 4 concluded airing last year and Season 5 is reaching its finale, there’s still 50 episodes to come.

Assuming that the upcoming seasons follow the same episode count as the previous ones, expect your Rick and Morty show to run for at least five more seasons.

After the deal was signed, Justin Roiland told Polygon that he hopes the agreement they now have means there won’t be any big gaps between seasons. So, expect Rick and Morty Season 6 to arrive early. I am expecting it to premiere at the start of 2022.

Are you excited about Rick and Morty Season 5 finale? Share your views with us in the comments section. 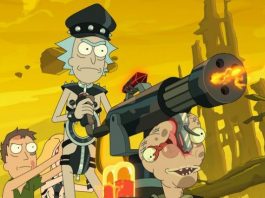 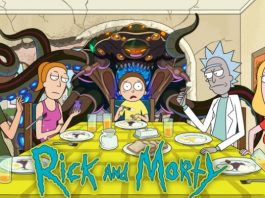 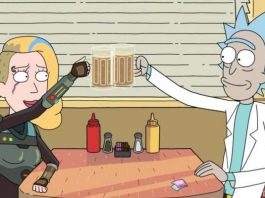 When Will ‘Rick and Morty’ Season 5 Episode 6 Release? Premiere...