Ae Ji O Ji Lo Ji Suna Ji,Main Hu Man Mauji, karta Hu Main Jo Woh, Tum Bhi karo Ji, one two ka four Four two ka one.  I am quite sure that this song is still in your heads. How can anyone forget Ram Lakhan,one of the classics of 90s staring Jackie Shroff and Anil kapoor. The movie was directed by Subhash Ghai and was an instant hit.

The news from the board is coming that the two ace directors of Bollywood, Karan Johar and Rohit Shetty are uniting together for the remake of Ram Lakhan. Ram Lakhan is a story of two bothers and their bonding with each other. The movie depicts how two bothers with different ideologies come together to save each other at the time of needs.

Whats more the first look of the movie has been released by Dharma Productions and Mukta Arts. As per the reports coming up movie will release somewhere around mid 2016.

Although there has been no announcement on the star-cast of the movie yet, news from the reliable sources is coming that the Student of the Year stars Varun Dhawan and Siddharth Malhorta being approached for the movie.

Who do you think can do justice to the original jodi of Ram-Lakhan.

Looking at the track record of Karan Johar and Rohit Shetty, we can be assure that this remake will sure win hearts as the original one did in 1989. 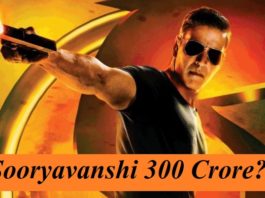