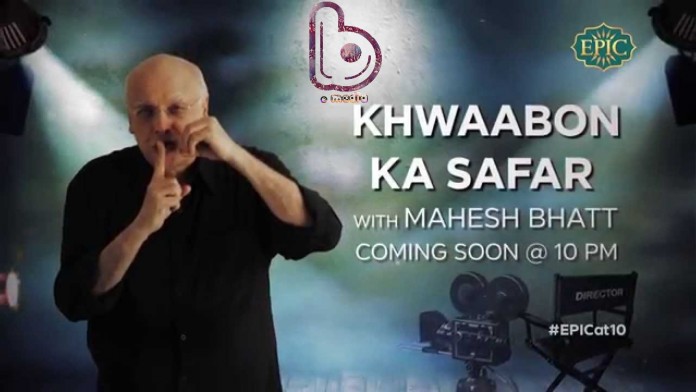 The successful film director, producer and screenwriter Mahesh Bhatt is making his debut on small screen!

The multi-faceted man will be hosting the show ‘Khwabon Ka Safar’ that will be premiered on EPIC channel. The show explores timeless tales of some of Bollywood’s most iconic personalities behind the big and eminent studios of the Hindi film industry like Raj Kamal studios, Filmistan studios, RK studios, Filmalaya studios, Prabhat studios. Mahesh Bhatt will bring to life the iconic personalities behind each of the studios, who had the courage and ambition to dream big.

Here’s what he had to say about the show, “I strongly believe it is important for the young audience of the country to know about the ‘roots’ of the Hindi Film Industry. This is a show that will inspire, create wonder, intrigue and enthrall today’s audiences. This show will make you follow your dreams, a motto that I have always lived by.” He has started promotions for the show.

At the Taj Palace in delhi for the launch of my new show #KhwaabonKaSafar & it’s off to a great start pic.twitter.com/awBnHQlCgW

The show will start from October 19th at the 10 pm slot on EPIC channel. Here’s the promo of Khwabon Ka Safar.

We are sure it’s gonna be EPIC!