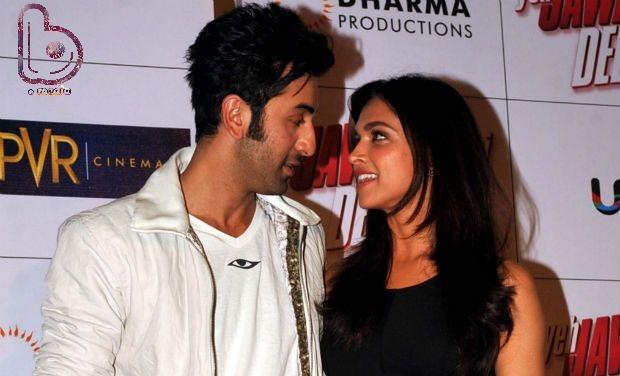 Deepika Padukone and Ranbir Kapoor were once so in love that we could not imagine them apart. But unfortunately things didn’t work out between them. But their jodi on-screen was always special be it in Yeh Jawaani Hai Deewani or Bachna Ae Haseeno. Now when we are going to see them together again in Tamasha, they are being asked a lot of questions!

One such example is when during an interview with TOI, Deepika was asked if she still loves Ranbir!

She replied, “Of course I do. I don’t think that every feeling has to be broken down as I don’t believe that emotions are uni-dimensional anyway . Feelings and emotions are very layered. He is someone I have always loved and someone I will always be extremely possessive about and very protective about. When I read about him, when I see his work, good bad whatever it is, I have my own monologue that is going on in my head and which I do share with him. I might even pick up the phone and talk to him immediately . There was a phase he was going through where I felt that his behaviour had changed a bit (I didn’t know it was intentional or had he become that person or it was misinterpreted). But it bothered me a lot. We are not in each other’s lives to know whether the change was permanent or it was completely fabricated. But the point is the things about him that were being reported, I felt that I had the right to pick up the phone on him and tell him that what was going on was not correct.”

OMG!!! We love Deepika for her honesty!

Also read – Why so much ‘Tamasha’ about Ranbir Kapoor and Deepika Padukone’s lip lock?