Let’s have a look at the list of the top 10 Indian web series of 2020 based on their IMDB rating.

2020 turned out a game-changing year for digital OTT platforms. Due to lockdown, the viewership of premium OTT platforms saw a massive surge. Apart from the COVID-19 pandemic, this year will be remembered for good Indian OTT content. While crime-drama remained the flavor of the season, we also saw different genres getting acceptance from the audience.

IMDb has released a list of the top 10 Indian web series of 2020. The list is decided by IMDb user ratings, which is decided by users who rate films and TV shows on a scale of 0-10.

Among the Indian web series released in 2020, here is a list of top 10 based on their IMDb score:

National Award-winning director Hansal Mehta made his OTT debut with this web series. The thriller web drama is based on Debashis Basu and Sucheta Dalal’s book ‘The Scam: Who Won, Who Lost, Who Got Away’. It reports the story of one of the biggest financial scams in the Indian stock market.

Starring Jitendra Kumar, Raghuveer Yadav, and Neena Gupta, Panchayat is a comic-drama series that showcases the journey of an engineering graduate. The simplicity and relatable storyline make this light-hearted series a must-watch with family.

An action-thriller series directed by Neeraj Pandey managed to keep the viewers hooked to thor seats. Special Ops starred Kay Kay Menon as Raw agent Himmat Singh who traces a pattern in terror attacks over the years and draws the conclusion that one person is behind all the attacks.

This web series based on Indian classical music took the audience by a surprise. This romantic drama with mesmerizing musical experience requires a special mention in a list dominated by crime thrillers.

The most awaited Indian web series of 2020 Mirzapur season 2 was finally released in October. The action-packed crime thriller drama has all the raw and intense elements to entertain and attract more viewers. With the immense global popularity, Amazon Prime Video has renewed Mirzapur for season 3.

This mythological crime thriller is one of the most-talked-about web series of 2020. Asur started on a positive note, keep the audience glued to the screens for most of the time. However, it falls flat by the end of the season.

Based on Tarun Tejpal’s 2010 novel The Story of My Assassins, Paatak Lok is an intriguing crime drama series about a disappointed cop who lands the case of an assassination attempt gone wrong. Jaideep Ahlawat, Neeraj Kabi and Abhishek Banerjee delivered powerful perfoamnces.

This crime drama series follows the journey of an addict who finds himself in a rehab facility. The rehab is run by people who are working on a mysterious compound. Released on MX Original Series, the edge-of-the-seat thriller received good reviews from viewers for its direction, screenplay, and cinematography.

Abhay is a crime thriller web series with Bollywood actor Kunal Kemmu as the main protagonist making his debut. Based on real-life crime stories, Abhay is about an officer who balances between dealing with his own personal life demons and solving difficult murder mysteries.

Aarya is an Indian crime drama web series starring Sushmita Sen as the main protagonist. The series reveals the story of an independent woman and her journey as she takes charge of her family business after her husband gets murdered. Sushmita Sen made her digital debut and won hearts with a captivating screen presence.

“Worldwide interest in Indian streaming series hit an all-time high this year,” said Col Needham, IMDb Founder and CEO. “In fact, our #1 user-rated Indian web series of this year, Scam 1992: The Harshad Mehta Story, has been so popular that it landed a top spot on the IMDb list of the Top 250 TV Series of all-time,” Needham added. 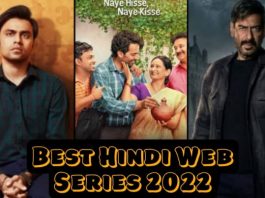 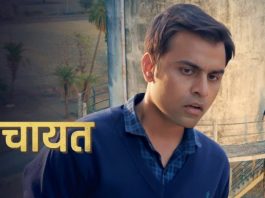 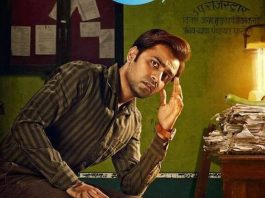