Shahrukh Khan’s Fan is all set to hit the theaters tomorrow in India. The excitement among the fans  at its peak as they can’t wait anymore for the film’s release. While we have to still wait for one more day, the audience in UAE is lucky as the movie gets released there today.

Read: The advance booking  report of Fan in India

UAE has always been a good market for SRK’s movie. The superstar enjoys a big fan following in Gulf. The reviews and response from the viewers are out and it seems that SRK has impressed everyone with his dual avatar. Let’s have a look at how the viewers in UAE have responded to this Maneesh Sharma’s thriller.

Shut up n Give that National Award to Gaurav Chandna. #FAN Dont miss it – 3.75/5

@FanTheFilm
A COMPLETE WATCH OUT MOVIE!!ABSOLUTELY BRILLIANT PERFORMANCE BY OUR VERY OWN @iamsrk..BOTH AS GAURAV AND ARYAN!
🌟🌟🌟🌟🌟

cont. #FAN is not ur typical masala film . It’s a result of Hard work,Enthusiasm & stardom.Treat for @iamsrk fans . 4/5* #FanReview 2/2

Well, the response has been terrific till now and I am dying to watch Gaurav Chandana. 15th April why are you so late. 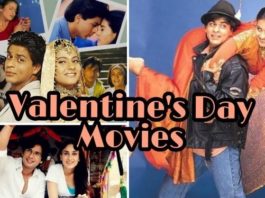