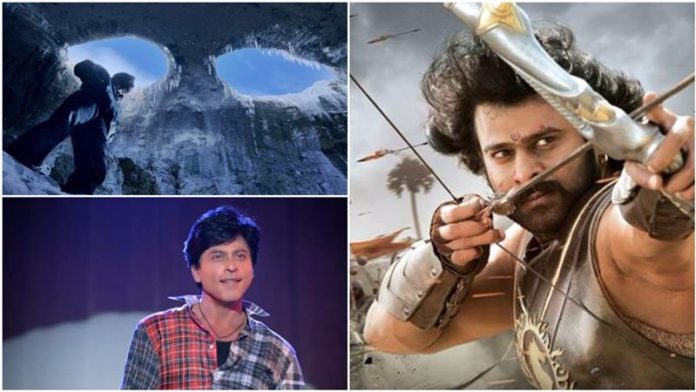 Bollywood has upped its game now and let’s take a look at some of the top Bollywood movies with the best VFX we have seen so far.

Indian movies have always been a bit behind Hollywood when it comes to special effects but things are changing now. Nowadays, Hindi cinema has upped its level in different departments of filmmaking including special effects and graphics. Here are all the Bollywood movies with the best VFX we have seen so far- The VFX department of Bahubali: The Beginning was handled by V. Srinivas Mohan. He received his fourth National Award for the amazing visual effects we got to see in the movie. About 90% of the movie was full of CGI and the total shots with VFX were about 2500. The majestic waterfall was created by Makuta VFX and it took them around two years to create the waterfall itself. On the other hand, R.C. Kamalakannan was chosen as the VFX supervisor for the second part and he did not let the fans down in terms of visual experience. Ajay Devgn made his second attempt at being a director with Shivaay. From amazing locations to a talented star cast, he gave the best to the movie. When it comes to the experience of watching the film, the action sequences, as well as the locales, did make us go wow a number of times. The credit for making it such a great experience goes to NY VFXWAALA which created around 4500 VFX shots for the movie. Around 75 percent part of the movie shot in front of blue screens. Maneesh Sharma’s movie Fan was a godsend for many of Shah Rukh Khan’s fans, they could not get over the fact that they are going to see the man in two different avatars and that too with two different faces. The credit for giving Shah Rukh Khan a whole new look goes to Greg Cannom. This special makeup effects artist made SRK go through 3D scanning and made it possible for him to look as young as a 17-year-old boy. The third part of Krrish was quite advanced in terms of the visual effects. The effects were created by Red Chillies VFX and Pixion Studios. The plane sequence of the movie is especially memorable and it took over a year to prepare that sequence only. The movie was even supposed to release in 3D but due to the lack of time, it could not happen. Maybe the fourth part of the movie will be in 3D.