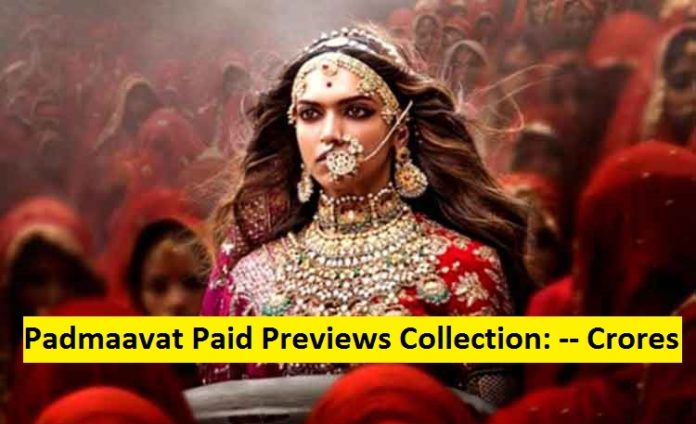 Sanjay Leela Bhansali’s Padmaavat was released yesterday in 3D screens. Despite huge pre-release buzz, Padmaavat is off to an ordinary start.

Sanjay Leela Bhansali’s magnum opus Padmaavat is finally in theaters now. The movie has seen the light of day after being in trouble for almost two years. It was released yesterday in 3D Screens with Paid Previews. Despite huge pre-release buzz, Padmaavat is off to an ordinary start. The movie fails to touch even 5 crores net mark even with so high ticket rates. It collects around 4.4 crores through the paid previews.

The movie is still facing protests in the major mass centers. The multiplexes chain in MP, Gujarat and Rajasthan have decided not to screen the film. Even in other states like UP, Bihar and NCR, there is a feeling of fear and insecurity among the audience. Overall, the things are not looking good for Padmaavat team. The protests against the movie has taken a violent face in the last couple of days.

The film has a potential to earn around 27 to 30 crores on the first day but with troubled release even 15 crores looks a difficult number of achieve. It remained to be seen, how the situation unfolds in the coming days.