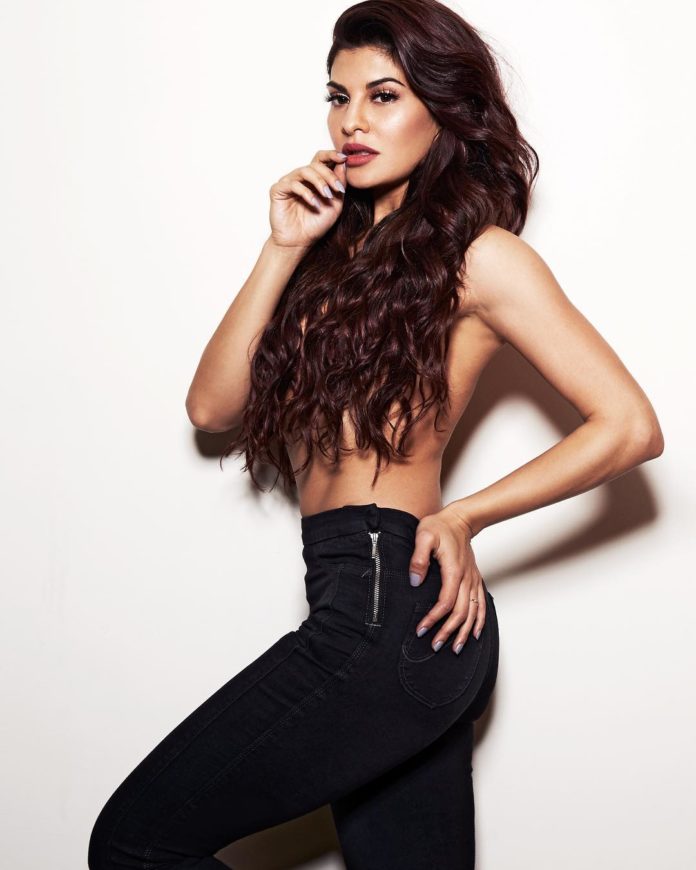 Jacqueline Fernandez’s beauty game has always been on point. She is one of the hottest lady of Bollywood for a reason. But for the last 2 to 3 years, the actress has projected herself more as a bubbly and sweet actress rather than a hot siren. It seems that Jacqueline is bored of her bubbly image and want a change. Her latest photoshoot for Cosmopolitan magazine proves that she can set the ice on fire with her oozing hotness.

Jacqueline Fernandez has gone topless for the latest issue of Cosmopolitan India as the brand ambassador for Tresemme India. The actress shared a picture on her Instagram profile in which she is posing topless and with black denims. She has captioned the photo, “Caught between a strong mind and a fragile heart @tresemmeindia for @cosmoindia.” while her beautiful hairs cover her modesty. In another photo, Jacqueline goes bold as she captioned it, “I refuse to be another flower, picked for its beauty and then left to die, I’m gonna be wild, difficult to find and impossible to forget’ @tresemmeindia for @cosmoindia. big shout out to this legend @roland_lane for making this shoot special! @shaanmu I could only manage to do this with you by my side @leejeansindia my fav fashion statement! @amandeepkaur87.” Well, these hot and topless pics haven’t gone well with some fans as they start body shaming. Some other fans supported Jacqueline for her beauty and hotness.

Jacqueline is one of the busiest Bollywood actresses these days. The actress is currently shooting for Judwaa 2 which also stars Varun Dhawan and Taapsee Pannu. Directed by David Dhawan, the movie is slated for 29 Sep 2017 release. Before Judwaa 2, she will be seen in ‘A Gentleman’ opposite Sidharth Malhotra. An action-comedy film directed by Raj and DK will release on 25 Aug 2017.

20 Hot And Sexy Pics Of Jacqueline Fernandez That Will Make You Go WOW!