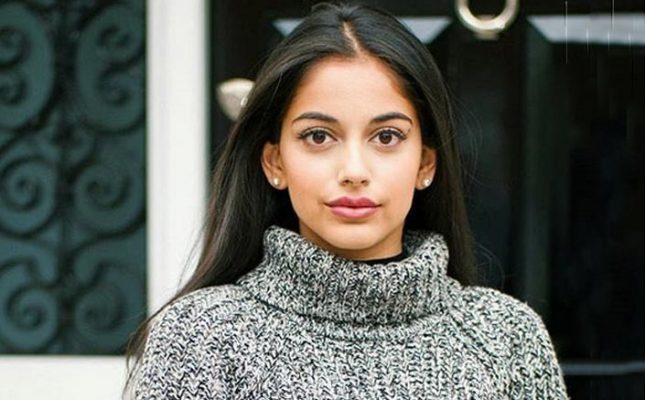 Banita Sandhu is making her Bollywood debut opposite Varun Dhawan with Shoojit Sircar’s film October. Here is everything you need to know about her.

If you have seen the advertisement for Doublemint with the song: “Ek Ajnabee Haseena Se..” you wouldn’t forget Banita Sandhu so easily. Though for few seconds, the young teenager portrayed an elegant but beautiful girl which could not go unnoticed. What you may not know is that the ad film was directed by none other than Shoojit Sarcar who was working on the script of his upcoming film then. Though Banita was noticed in the ad film, she has also worked on TV before when she was just 11 years old. Shoojit was bang on target when he spotted Banita’s potential and offered her his new film titled October. The film also stars Varun Dhawan and Banita makes a beautiful pair with him. The movie October will be releasing on 13 April 2018. Shoojit Sarcar is one among the most sought after directors in the industry after his acclaimed films like Vicky Donor, Madras Cafe, Piku and Pink. Banita is elated to have grabbed the character in such a bankable project with the acclaimed director Shoojit and popular actor Varun. The young actress has previously posted some sizzling hot pictures of hers in bikini which proves she is definitely ready for Bollywood and why not! Banita grew up in the UK while she has her roots in Punjab. She describes herself as a cheerful and fun loving girl. Her modelling assignments landed her doing the popular ad films like that of Vodafone and Doublemint. Both the ads got many views and likes on YouTube. Ever since, she became a known face, Banita has been offered many films but the pretty girl who turned 18 this year, is being very choosy about her debut. With Shoojit’s film, Banita has surely made a very wise choice. The movie is slated for 13 April 2018 release. You can check the teaser here:

What are your views about this pretty girl? Share your thoughts with us in the comments section.