Aarya Season 2: Sushmita Sen starts filming for the next season of the thriller series. Here’s a look at its possible plot, release date, and other important details.

Season 1 of Aarya turned out to be a glorious one. It received a ton of appreciation from critics and viewers. Sushmita Sen made a dream comeback and her role will be remembered for a long time. Having said that one question that might be running in your mind. Will there be Aarya Season 2?

Well, the thriller web series is indeed coming back for its second season. Sushmita and director Ram Madhvani announced the same on an Instagram live session. Now, that the show has been renewed, let’s try to predict its possible plot and also have a look at other details like release date and cast.

The Possibility Of Aarya Season 2

Answering the most important question, the Hotstar crime thriller is an adaptation of the famous Dutch TV series ‘Penoza’ which ran for almost a decade. Keeping that in mind we know that there is definitely a major plot still left to be adapted. The ending was neither conclusive nor decisive, clearly hinting towards another season.

Usually, thriller shows are very popular in India and do fairly well. Shows like Raktanchal, Breathe, Mirzapur are the best examples. The American adaptation (Red Widow) of ‘Penoza’ did not do that well and hence the second season was never released. However, this is not the case with Sushmita Sen’s comeback series. The crime-thriller series received positive reviews and fans also loved the show.

So far we have seen that after the death of her husband Aarya had to unwillingly join her family business that was male-dominated and risky. She gets into a deal with Shekhawat to help him in his illegal business to compensate for her husbands’ debt of 100 crores. She soon realizes that her husband had hidden the 300 crores worth of consignment. Her father, Zorawar was the one who ordered his hitman Daulat to shoot her husband.

Aarya is now infuriated and decides to hand over her father and brother to ACP Khan thinking that in return, she would get free passage to New Zealand. Aarya gets a call from Dimitri (a Russian drug dealer) who asks her to hand him the consignment which makes Aarya wonder… She that after getting the consignment Shekhawat did not hand it over to the Russians and confronts with a gun pointing at him and you know what happened then…

It is speculated that Shekhawat’s trusted right-hand man Sampath stole the drugs. Probably, Sampath is going to be the next bad guy in season 2. Dimitri and his gang would now be on a hunt for Aarya. Sangram is now out of prison and it will be interesting to know how cleans the mess he has made. Will Aarya finally make it to New Zealand? Will Aarya be able to forgive her brother? How is Aarya going to deal with the Russian drug mafias? Are the Russians going to nab Sampath?

According to the Original Dutch series, Carmen (Aarya in this series) gets threatened by the Russians and also attacked by them a lot of times. She later fights them and eventually gets fully involved in the illegal drug trade with her brother. It may or may not be the same with Aarya.

Aarya Season 2: What will be the cast?

One of the good aspects of the first season was superb performances by the cast members. Unfortunately in season 2, we may not see a few characters again like Chandrachud Singh and Manish Choudhary. A few more actors will be added to the cast like the Russian Dimitri and his gang members.

Who will play Dimitri? The question remains unanswered.

The shooting for season 2 commenced on March 1, 2021. Ram Madhvani Films also shared some on-set pictures from the shoot.

In a recent Instagram live session, Sushmita Sen shared an update about the show’s upcoming season. She said, “I am dying to tell you about Aarya. The last schedule is left for Aarya, and it is not very long. So it should be done very very soon. The amount of love and appreciation you have given Aarya, when we come back you have to love season 2. For all good things, one has to wait.”

The filming commenced on March 1, 2021, in Jaipur but was halted due to a rise in COVID-19 cases. The post-production will take around 3 to 4 months. Considering that the filming wraps up in Aug or Sep 2021, we can expect the second season to arrive by the end of 2021.

We will update you when the official release date is announced. In case you haven’t watched season 1 of Aarya then you should definitely consider watching it. 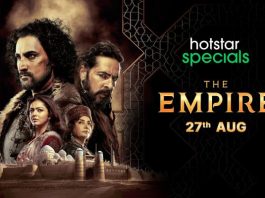 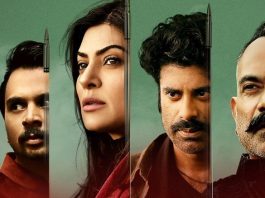 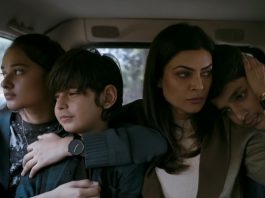