These actors have given so much to Indian Cinema that their debt can never be repaid. The only thing we can do is admire their work and appreciate it as much as we can. You need to check out this list of Top 10 veteran Bollywood Actors who deserve all the respect in the world if you value talent.

A lawyer by profession, Farooq took up acting when he failed to relate with his profession. He was active in theatre before making his debut with Garam Hawa in 1973. His major contribution was in Parallel Cinema. He became a household name as the presenter of Jeena Isi Ka Naam Hai. He won the National Film Award for Best Supporting Actor for Lahore. He continued doing films until his death on 27 December 2013.

A gold medalist from Film and Television Institute of India, Navin made his debut with the Hindi film Sawan Bhadon in 1970. He starred in several superhits like Victoria No. 203 and Dhund. Hanste Zakhm was the greatest breakthrough of his career. He switched to television soon where he carved a successful career with shows like Dekh Bhai Dekh in his kitty. He died of a heart attack on 19 March 2011.

Saeed Jaffrey was fluent in multiple languages which allowed to straddle radio, stage, television and film in a career of over six decades and with more than 150 British, American and Indian movies. He made his debut with Shatranj Ke Khilari and won the Filmfare Best Supporting Actor Award for it. He got popular with Chashme Buddoor, Ram Teri Ganga Maili, Henna. He died in London on 15 November 2015 from a brain haemorrhage. He was posthumously conferred with Padma Shri award.

Razzak began his acting career with a small role in the TV show Nukkad and made his Hindi film debut with Roop Ki Rani Choron Ka Raja. He acted in more than 90 films during his 23-year-long career and is known for his fantastic comic timing. Khan died on 1 June 2016, following a heart attack. He is best remembered for Raja Hindustani, Hello Brother, Hera Pheri, Partner and Action Jackson.

A Film and Television Institute of India and NSD alumnus, Om Puri made his debut in 1976 with a Marathi film Ghashiram Kotwal. He was critically acclaimed for playing unconventional roles in movies like Aakrosh, Ardh Satya, Maachis, Gupt. He got the National Film Award for Best Actor for Ardh Satya. He appeared in many British films like My Son the Fanatic, East Is East and The Parole Officer. He has been awarded with Padma Shri.

One of the most prominent figures of Indian parallel cinema, Naseeruddin has won three National Film Awards, three Filmfare Awards and an award at the Venice Film Festival. He has also been honored him with the Padma Shri and the Padma Bhushan. Some of his best works include Masoom, Karma, Mohra, Hey Ram, Iqbal, Sarfarosh, Maqbool, A Wednesday.

After making his debut in the 1973 film Daag, Kader Khan has appeared in over 300 films. He was also a noted dialogue writer and has written dialogues for movies like Mr. Natwarlal, Satte Pe Satta, Himmatwala, Coolie No. 1, Main Khiladi Tu Anari. He has played a large variety of roles including a father, uncle, brother, villain, comedian and did them all marvelously. He was recognized by the American Federation of Muslims from India for his achievement and service to the Muslim community in India.

Awarded with Padma Shri and Padma Bhushan, Anupam Kher has appeared in more than 500 films and many plays. He has won the Filmfare Award for Best Performance in a Comic Role five times. He has also appeared in acclaimed international films such as Bend It Like Beckham, Lust, Silver Linings Playbook. He made his acting debut in 1982 with Aagman. He also hosted TV shows like Say Na Something To Anupam Uncle, Sawaal Dus Crore Ka, Lead India.

One of the most iconic villains of Bollywood are credited to Amrish Puri especially Mogambo. He acted in more than 400 films throughout his career. He made it to films at a very late age of 40, but he was an active member of theatre. He was noticed in Hum Paanch in which he played the main villain and then he went on to play many other villainous roles in movies like Vidhaata, Shakti. He established himself as the supreme villain of Bollywood. He won three Filmfare Awards for Best Supporting Actor. Puri died on 12 January 2005.

This list would be incomplete without the Shahenshah of Bollywood, the Star of the Millennium. Needless to say, he has won numerous awards in his career, including four National Film Awards for Best Actor and many awards at international film festivals and award ceremonies. He has won fifteen Filmfare Awards and is the most-nominated actor in any major acting category at Filmfare. He has been honored with Padma Shri, Padma Bhushan and Padma Vibhushan. The Government of France honoured him with its highest civilian honour Knight of the Legion of Honour. All this says enough about him and whats best is that he continues to give us his best even today. 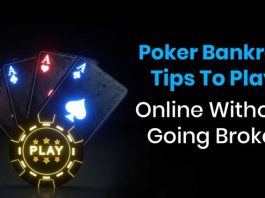 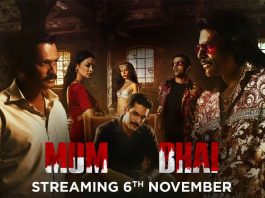 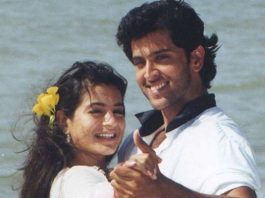 The Growing Appeal of Bollywood Cinema in Thailand