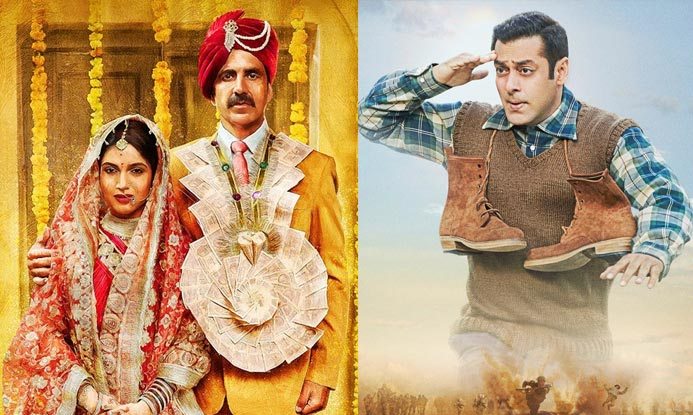 Let’s have a look at day-wise box office collection of the film:

Comparison with other films of Akshay Kumar

With the collection of 124.75 crores, Toilet: Ek Prem Katha has now become Akshay Kumar’s 4th highest grossing movie. It has beaten the lifetime collection of Baby, ‘Singh Is Bliing’, Brothers and ‘Gabbar Is Back’, Holiday, Housefull 2, Jolly LLB 2 and Housefull 3.

Comparison with other films of 2017

Share your views on Toilet: Ek Prem Katha 2nd week box office collection with us in the comments section.