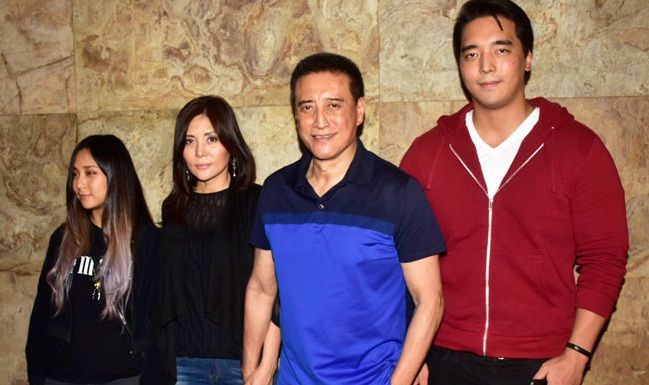 It’s not easy to become the children of Bollywood actor, especially if your dad is Danny Denzongpa. The veteran actor said that he will never let his children, Rinzing and Pema, to depend on his fortune. If there is a way for them to achieve success in Bollywood, they should do it on their own behalf.

Bollywood movies are famous all around the world. You will always find someone watching a Bollywood movie anywhere in this planet, even in Russia where they hold the FIFA World Cup 2018 right now. If you love Bollywood movies, you should know about Danny Denzongpa, the 70-year-old Bollywood baddie. He has been playing in at least a hundred of films through his career.

Denzongpa is a tough man on both the shooting scene and in his family. He will never allow his children to play on the same movie as his. He believes that doing so will never grant them to feel the satisfaction of doing something right because of their own effort.

When the media asked him about his plan in the future, he said that he might choose the path of a director. As a Bollywood veteran, he has everything it needs to make a great movie. He knows everything about movie and if the time comes, we would like to see what kind of movie he could make.

He also said that he is happy to see the industry expanding to northeast region of the country. It is so far the most beautiful region in the country and expanding the industry to that region will add powerful charm to every Bollywood movie. The industry will grow faster and more significant than ever, he believes.

Besides a movie actor, Danny is also quite popular for his skills in writing TV serial. He said that it was fifteen years ago when he was granted the chance to write scripts for a TV serial. The serial went famous, but it only took 3 years for him to decide that he would not continue the serial. For a person like him, a great serial is not about the number of episodes. It is always about the plot. When it gets too monotonous, you have to decide whether you stop it or give it to someone else. As the writer, he didn’t believe the latter will fix the problem, so he chose the first option: he killed the character and therefore, the serial itself.

Just like other actors, he often receives invitation to play on some reality shows. However, he usually denies the offer as he can only enjoy it for a short time. After that, it will certainly become quite boring. That’s how Danny is. He is a man who simply follows his heart. He will do something if his heart is on it and will never do something if his hearts tells him to do so.