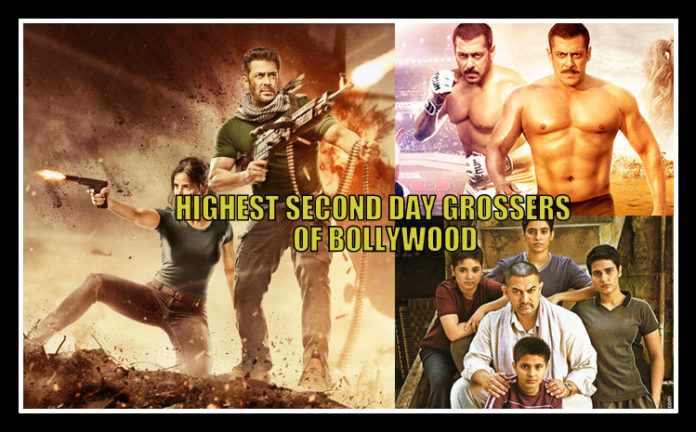 Despite poor reviews and negative word of mouth, Aamir Khan’s Thugs of Hindostan is having a good run at the box office. After a record-breaking opening day with the collection 52.25 crores, the movie witnessed a considerable drop on the second day and earned around 34 crores.

Salman Khan’s Sultan Khan is the third highest second day grosser of Bollywood. It collected 37.2 crores on its second day. Aamir Khan’s last release ‘Dangal’ has made it to the list with the collection 34.82 crores. Often, the second-day collections are considered important than first day collections, especially for big budget and big star cast movies.

Sanjay Leela Bhansali’s Padmaavat also had a huge second day at the box office. The movie saw 68% growth on Saturday and earn 32 crores.

Movies which remains stable or witness growth on the second day often emerge as blockbusters. Let’s have a look at the movies with the highest second-day collection and compare their verdict based on growth/fall from the first day.

Most of the movies in the list are either blockbusters or ATBB. Race 3 is the only flop in the list and that too because of high budget.