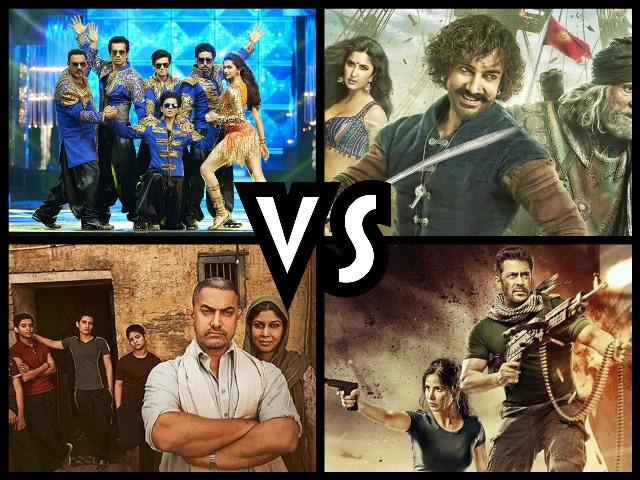 Aamir Khan’s Thugs of Hindostan is off to a record-breaking opening at the box office. As per early estimates, it earned around 50 crores on its opening day. It is now the highest opening day grosser of Bollywood. It has beaten the opening day record of Happy New Year (44.97 crores).

Thugs of Hindostan has exceeded all expectations on the first day. While everyone was expecting it to earn around 40 crores, it becomes the first Bollywood movie to cross 50 crore mark in a single day.

The movie has got poor reviews from the critics. The audience has also rejected it. It is going to be a tough box office journey for Thugs after an extended four days opening weekend.

As you can see, Dangal and Tiger Zinda Hai and Sultan consistently earned in the range of 30 crores for the first week while Happy New Year saw a huge drop after a record-breaking opening weekend.

You should know that Thugs of Hindostan is the most expensive film of Bollywood with an estimated budget of 260 crores.

So far, Aamir Khan has delivered two 300 crore movies. It would be interesting to see if Thugs of Hindostan can achieve this feat.