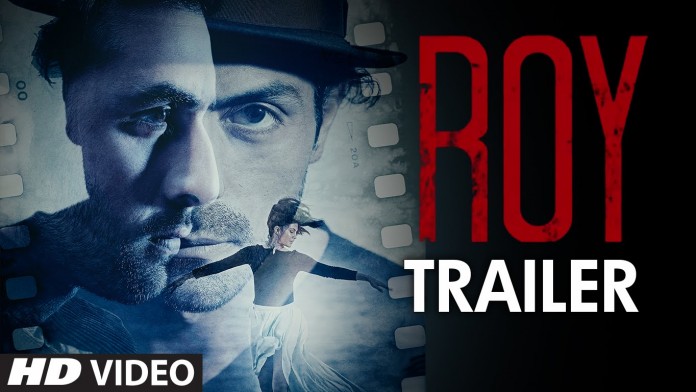 Roy Theatrical Trailer Analysis
Directed by debutant director Vikramjit Singh, Roy seems to be an interesting blend of style, mystery, thrill and romance.
Ranbir Kapoor plays the central character Roy who is a thief whereas Arjun Rampal is playing Kabir Grewal, a famous movie director known for his casanova image. Jacqueline is playing a movie star Ayesha who is also a part of a film crew led by Kabir. The trailer show Jacqueline romancing with both male leads of the movie and this is where the story of the movie seems to be get on.

A three-minutes long trailer doesn’t reveals much about the movie. Ranbir Kapoor looks classy as thief and it shows that the actor doesn’t want to bound himself in one image. Arjun Kapoor as stylish and casanova director looks good. Jacqueline is as beautiful as you want her to be. She brings in her own charm and elegance on screen.

Roy is produced by Bhushan Kumar and Divya Kumar Khosla and is slated for release on 13 Feb 2015.