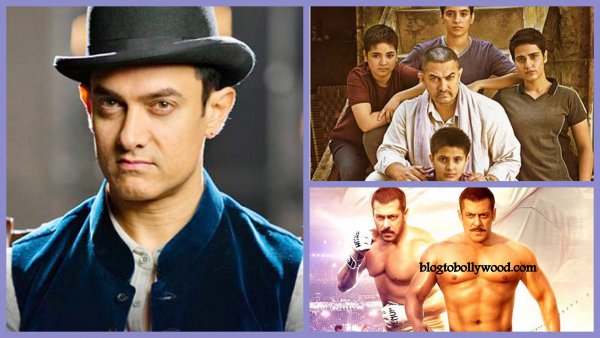 Aamir Khan’s Dhoom 3 (188.9 crores) is at the fourth position followed by Bajrangi Bhaijaan (184.62 crores). PK, Prem Ratan Dhan Payo and Kick are at 6th, 7th and 8th position with the collection of 183.09 crores, 165.45 crores and 164.09 crores respectively. Though Happy New Year is ahead of Dhoom 3 and Bajrangi Bhaijaan when it comes to the highest opening weekend collection, in the highest opening week collection list, it is at the 8th position with the collection of 157.5 crores. Ajay Devgn’s latest Diwali release, Golmaal Again earned around 135 crores to take the 11th position in the list by beating Ek Tha Tiger.

Talking about the actors, Salman Khan features four times in the top ten list with Sultan, Kick, Bajrangi Bhaijaan and PRDP. Salman is followed by Aamir Khan who has three movies in the list with Dangal, PK and Dhoom 3. Shah Rukh Khan has two movies with Happy New Year and Chennai Express. Talking about the actresses, Katrina features thrice in the list followed by Deepika and Anushka with two movies each. Jacqueline, Kareena and Sonam have one movie each.

Significant changes are expected in this list as some big movies will hit the theatres in coming months. Most awaited movies of 2017 like Robot 2, Tiger Zinda Hai will surely find a place in the top 20.

What are your views on this list of the top opening weekend grossers of Bollywood? Share your thoughts with us in the comments section.

Note: The Box Office report listed above is compiled from various sources. Blog to Bollywood does not make any claims about the authenticity of the data